Water Development in Our Challenging Environment

For over 55 years, The Society for the Conservation of Bighorn Sheep has been the California based volunteer “boots on the ground” organization to provide man made water developments for desert Bighorn sheep. Before the passing of the 1994 Desert Protection Act, installing new drinker systems in arid zones involved the challenge of coordinating resources and a volunteer workforce. The locations of historic systems were selected with collaboration and expertise from the California Department of Fish and Game’s field biologists and an SCBS labor force; both fueled with passion and desire for the common goal. After the passing of the DPA, our State employees began to sink in a quagmire of interagency problems and legal disputes with special interest groups. This has continued to spiral into a history of inaction, leaving SCBS volunteers increasingly unsupported by the agencies that used to be equal partners.

Climate change has become a formidable adversary, complicating the situation. Last year, volunteers assisted in providing over 40,000 gallons of water by hauling water to guzzlers that did not receive enough precipitation to replenish themselves. Obviously, manually hauling water is an unreasonable and unsustainable water management plan. According to the U.S. Drought Monitor report, California’s precious snow pack base did improve due to a series of early winter storms between December 7, 2021 and January 4, 2022. However, most of the California desert remains in some level of drought. Last year was the third driest on record in terms of precipitation.

There are also new threats to the already stressed deserts due to technological advances. California has been pushing initiatives which encourage solar energy farms and a high-speed rail between Rancho Cucamonga and Las Vegas. Installation of “efficient” technological advances comes at a cost to the environment, further fragmenting historical range lands and essentially removing available acreage that is usable by wildlife. Beginning with the installation of highways, paths of migration from range to range have become impeded by man made developments. Some States, such as Nevada and Arizona, have done a better job of mitigating the adversity with the installation of wildlife overcrossings. The biologists working for the California Department of Fish and Wildlife, Oregon State University, and the National Park Service are currently collecting GPS collar data to support the installation of wildlife overcrossings in the Mojave, but there is no current plan on the drawing board that suggests the State will demand or support such actions.

For all the challenges, SCBS has strived to remain nimble and pivot attention to projects that we can achieve successfully. Opportunities arise, sometimes with unlikely partners. During the weekend of January 7-9, 2022, SCBS partnered with Kaiser Eagle Mine, on the Eagle Mine property near Desert Center, California. Since 1948, this property had operated as Southern California’s largest iron mine by supplying ore by rail to Fontana’s Steel Works. The property was moth balled in 1981 but it’s maintained by a skeleton crew. Upon the expansive property, the Mine and SCBS had installed two Bighorn Sheep drinker tanks which the mine employees have been maintaining for decades. It was the dying wish of mine superintendent Jennifer Roberts that these wildlife drinkers continue to be maintained for the benefit of the bighorn sheep. Recently, SCBS was contacted by the mine because the free standing water tanks had aged past their useful life. The Eagle Mountain mine welcomed SCBS and hosted a modest crew for several days to remove the aged tanks and install more efficient Raincatcher tanks as reservoir systems. This was a unique project working on two separate water systems simultaneously.

The first water system, now known as Jen’s Eagle Tank is located at a higher elevation and closer to the Mine’s property border with Joshua Tree National Park . The mine had installed the cylindrical upright water tank and attached the feeder hose to a steel drinker box and had been manually filling this tank with their water truck. The old aged reservoir had suffered at least 4 leaks on its side due to Bighorn rams head-butting the side and causing the tanks to split. After four field patches by the caretaker, this tank was no longer usable. The mine’s caretaker assisted SCBS here with a backhoe to remove the old tank and replace it with a Raincatcher. During the installation, a class 3 Ram came in to investigate which was a welcome sight to everyone. SCBS plumbed the system and painted the Raincatcher with camouflage patterns to protect the system from UV light because this tank will not be buried. This was in accordance with the Mine’s specifications.

The second water system, now known as Ghost Eagle Tank, is located within sight of the Mine’s ghost town of 400 residential dwellings that used to house its employees (hence, the name). Perched atop a hill overlooking the main facility, Ghost Eagle tank rests in the shade of an enormous water tower which used to service the town. Water was replenished directly from the tower to the tank by mine employees. It’s our understanding that herds of Bighorn like to congregate here in the shade of the water tower during the summer months, taking advantage of the guzzler and precious shade. This reservoir tank had also suffered beatings inflicted by exuberant rams. SCBS swapped out the old upright tank for a Raincatcher reservoir and plumbed it to the existing drinker box. The stature of the Raincatcher is lower to the ground, so we should hope that this will make it less likely that the Rams will find it an attractive target to practice on.

SCBS had arranged to remain on the premises of the mine for three days and three nights to perform the work. The entire job was completed ahead of schedule, so SCBS was also able to hike and survey an enormous tinaja in the hinterlands of the Eagle Mountain property. We believe that Eagle Mountain Mine is very pleased with the results of this relationship, and we will continue to nurture our relationship with this partner. It is our hope that this endeavor will be the springboard for other Raincatcher systems upon the property, with the goal of locating them nearer to the Joshua Tree National Park boundary. Our efforts to maintain and install new guzzlers within JTNP have been discouraged and unsupported in recent times, so finding a suitable alternative approach is our present solution to keep sheep on the mountain.

Thanks go to the project crew: Project Manager David M’Greene, Mine Liaison Arioch M’Greene, Steve Marschke, Debbie Miller Marschke, Don Moore, John Voght, Robert Jewel, and John Maley. Technical advice and assistance during preparations provided by Glenn Sudmeier, Dave Mahosky, and Scott Gibson. Special thanks to the California Chapter of the Wild Sheep Foundation for providing the necessary funding that made this project possible. Gratitude to Colleen Bowden for her generous donation which was used to purchase meals for the crew. ~ Debbie 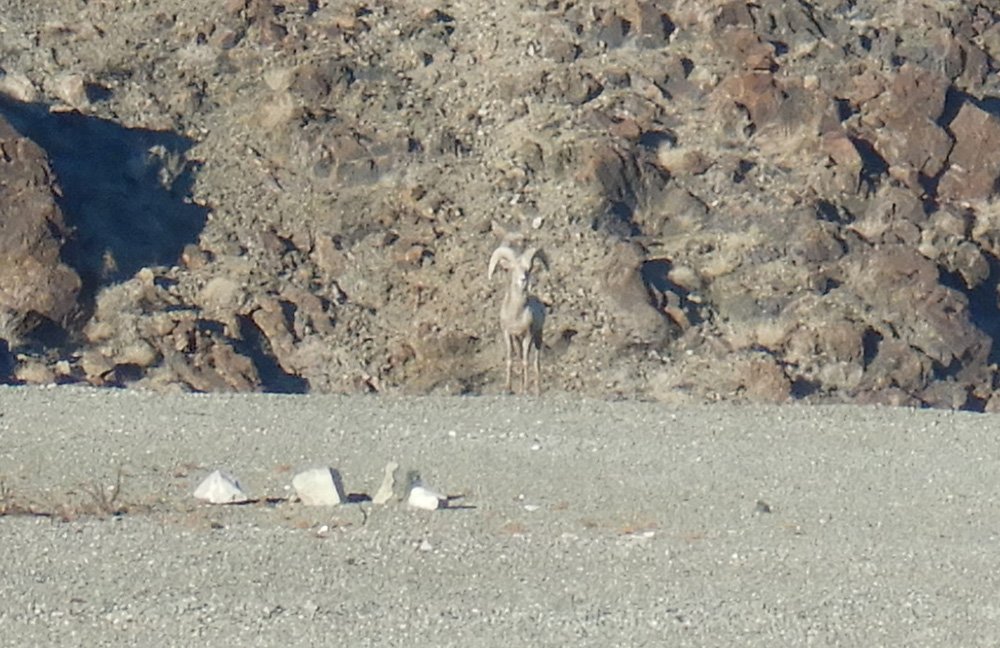 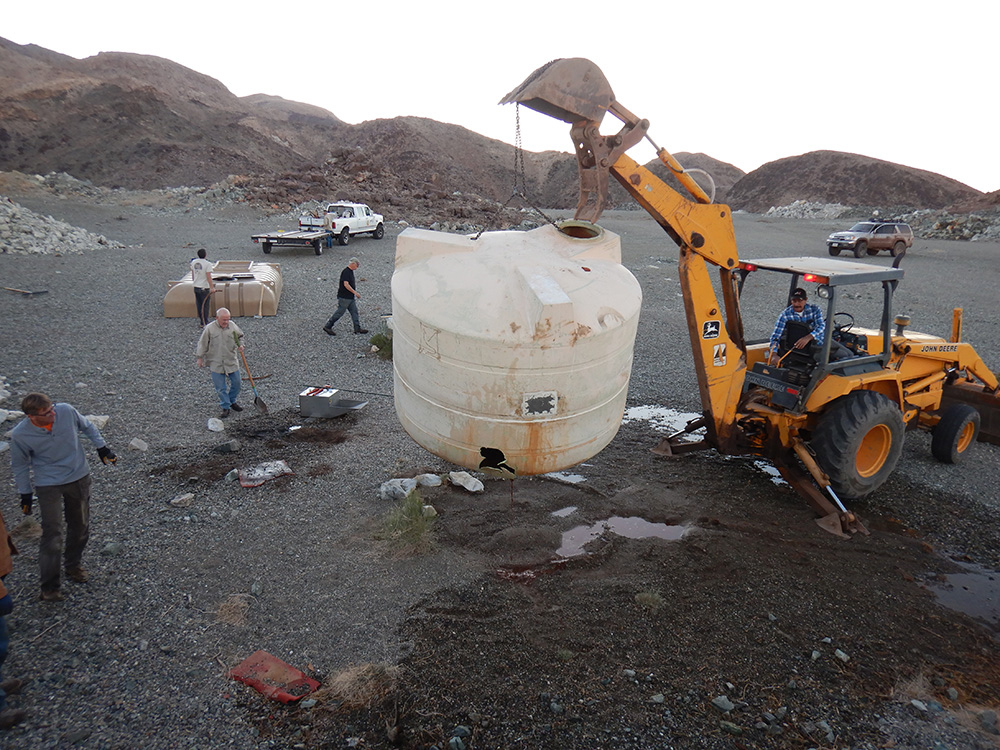 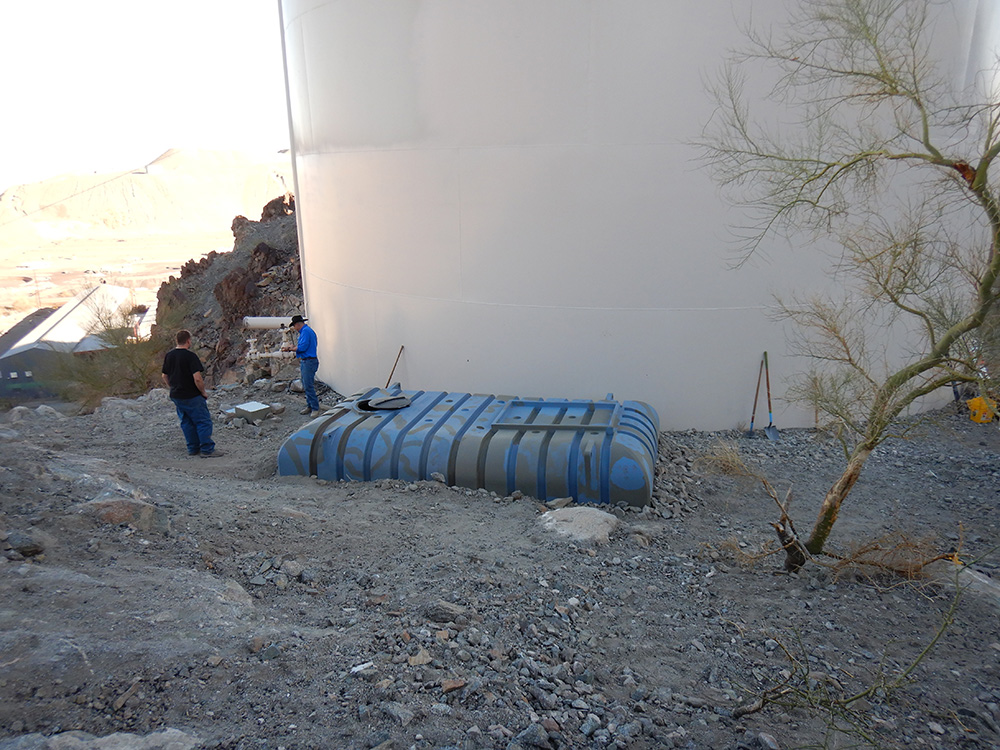 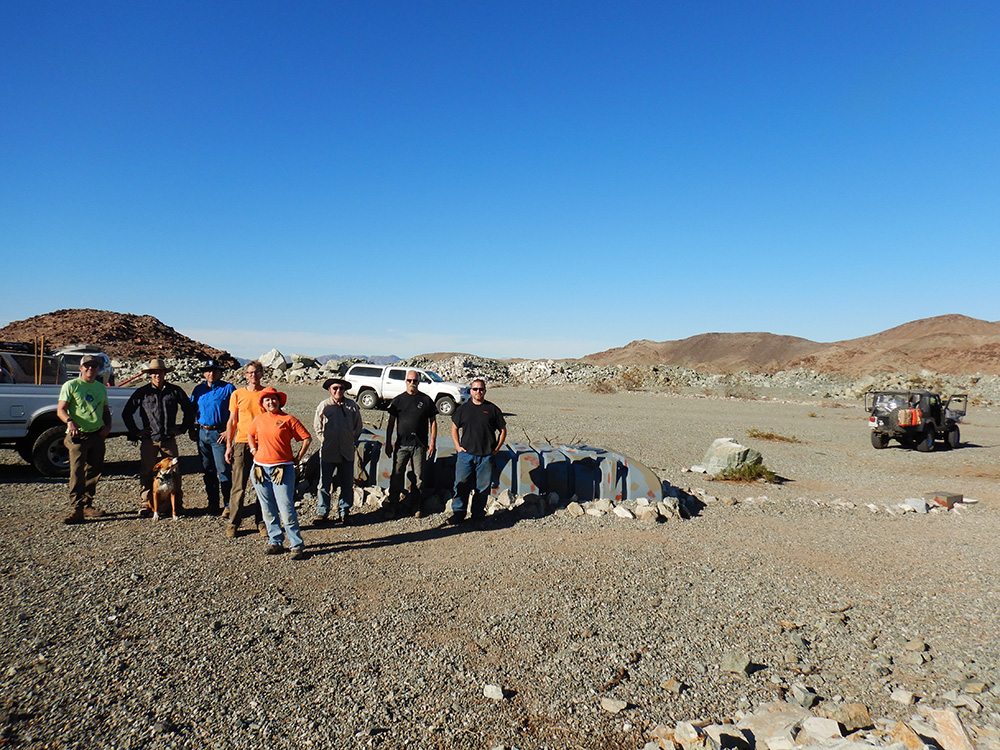 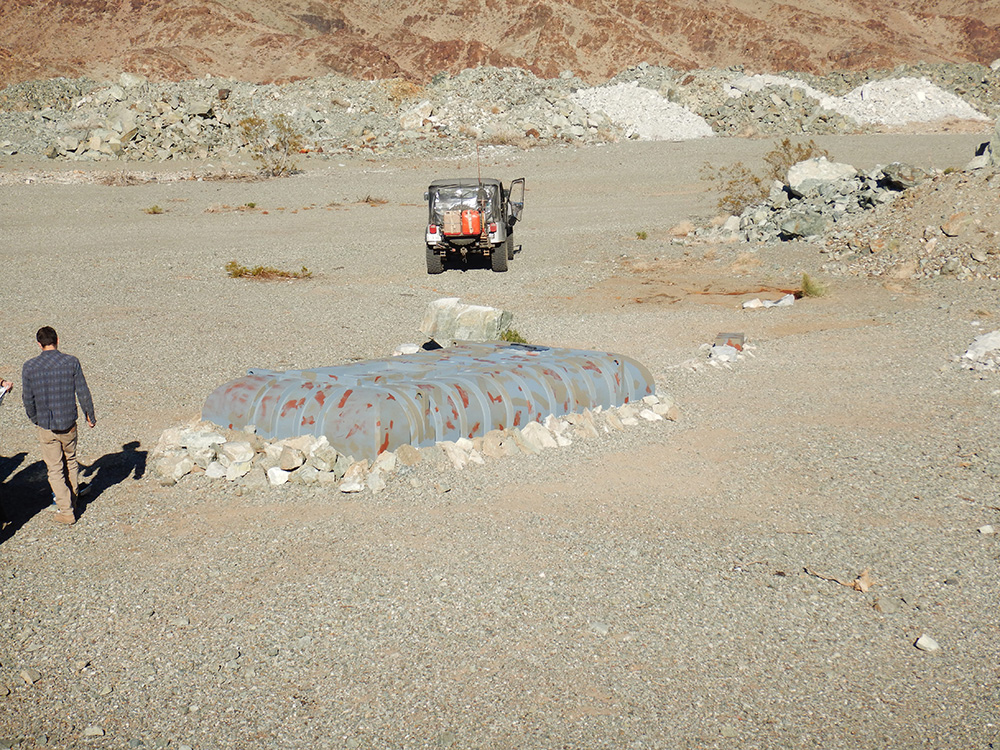 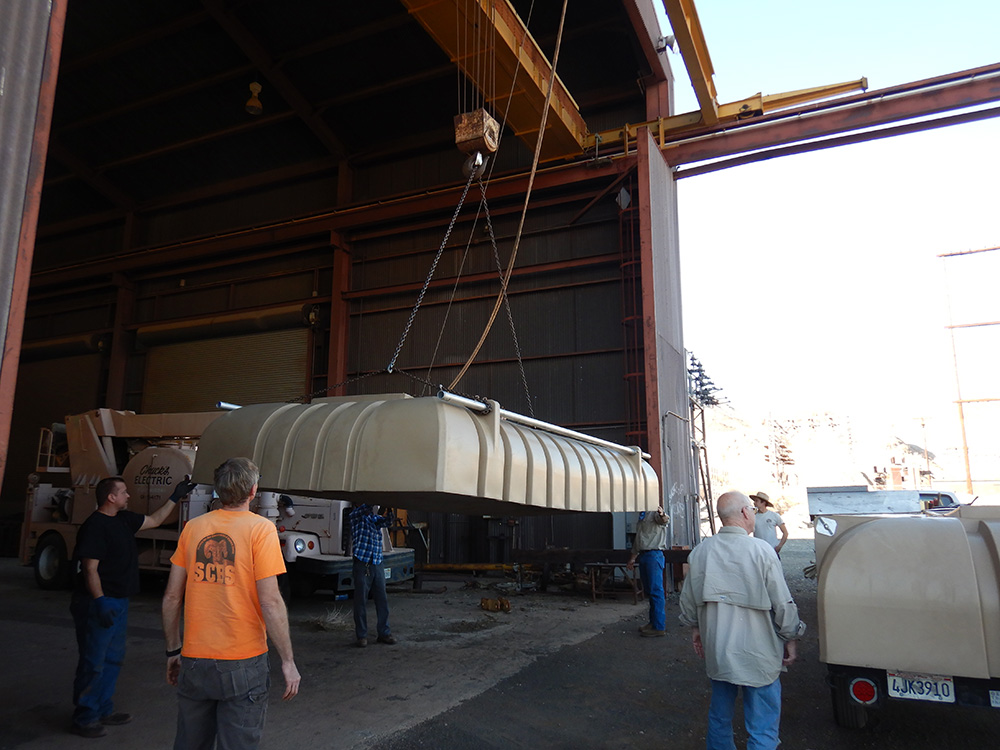