The Hike to the Cave

I had heard about Colin Fletcher’s book titled, “The Man From The Cave” for many years. I finally bought a copy on Amazon for $35. The map in the book located the cave pretty close to where I live in Boulder City. It soon became my quest to hike there. Bob and Sue Jaussaud had hiked there several times but couldn’t remember how to get there. Bob made a few calls, located GPS coordinates (kind of) and we were off. The hikers were Bob and Sue, Sandy Greer, Ron Lipari, Glenn Shaw, Marian Johns and myself.

After driving to the location and parking, we started walking down a volcanic boulder strewn canyon.

About the time we located a faint trail, Marian decided to turn back and wait topside.

The rough trail eventually led us to a narrow canyon full of many dry rock waterfalls that had to be climbed or slid down in various fashions.

Somebody was always saying, “remember, we have to come back this way!” After awhile, all of a sudden we came around a bend and there was the cave, looking somewhat smaller thanI was expecting and more of the “habitat” being under a ledge than actually enclosed.

We all crawled into parts of the cave for photos and found an envelope stashed on a ledge inside containing a log-in sheet. We were #7 to add our names. We eventually located the nearby petroglyphs and then headed back. The rock falls were easier climbing back up but the 900ft. elevation gain out was brutal.

I think we were all pretty ecstatic we made the hike, some of us saying it might well be our last “difficult hike.” ~ Mignon 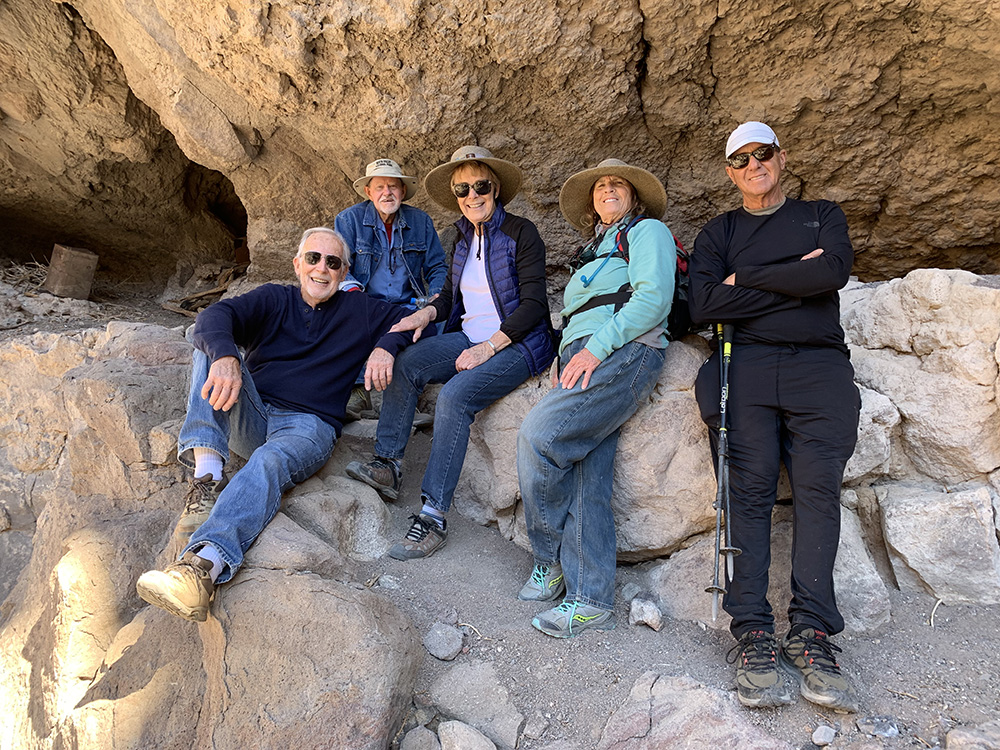 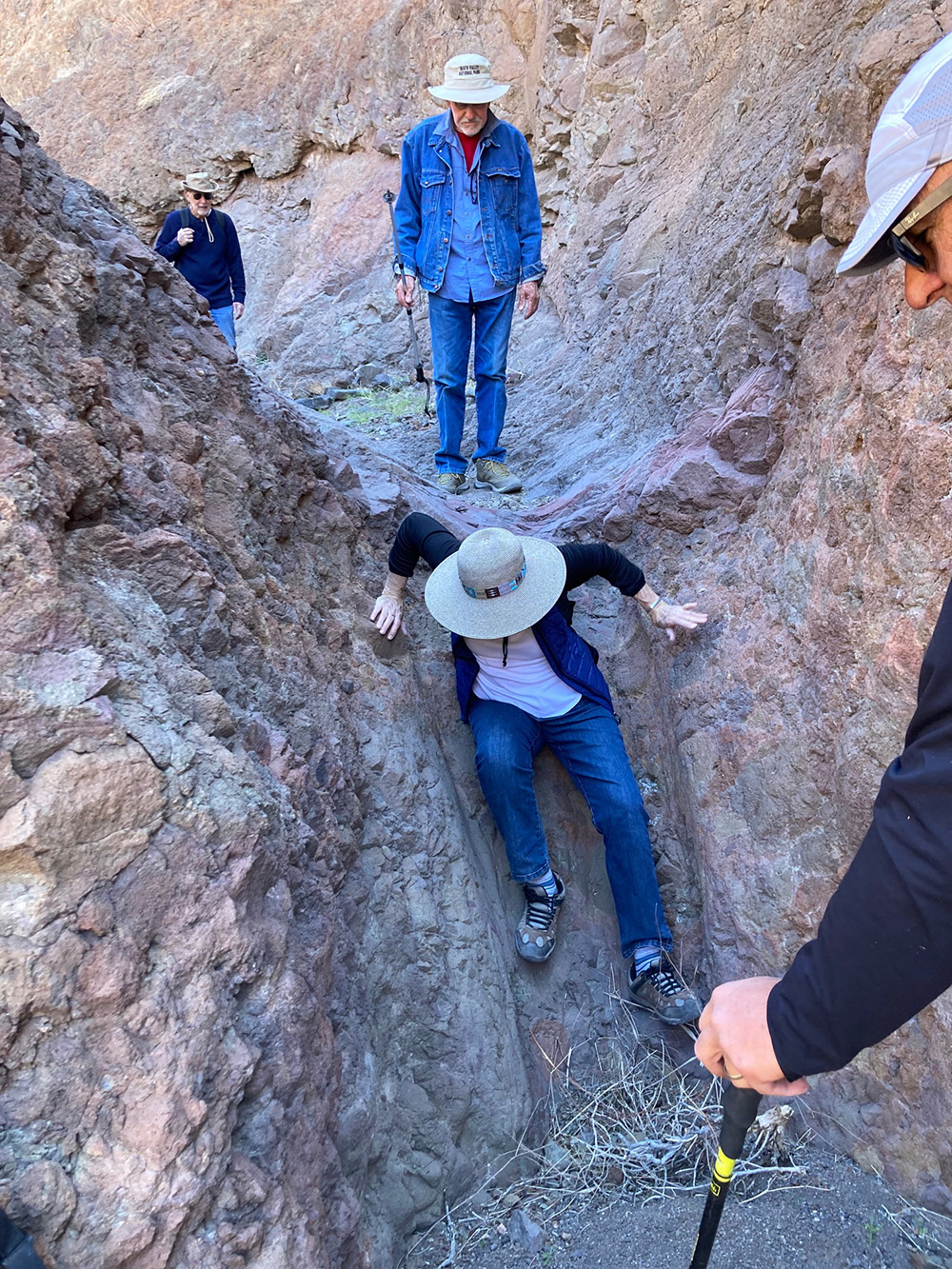 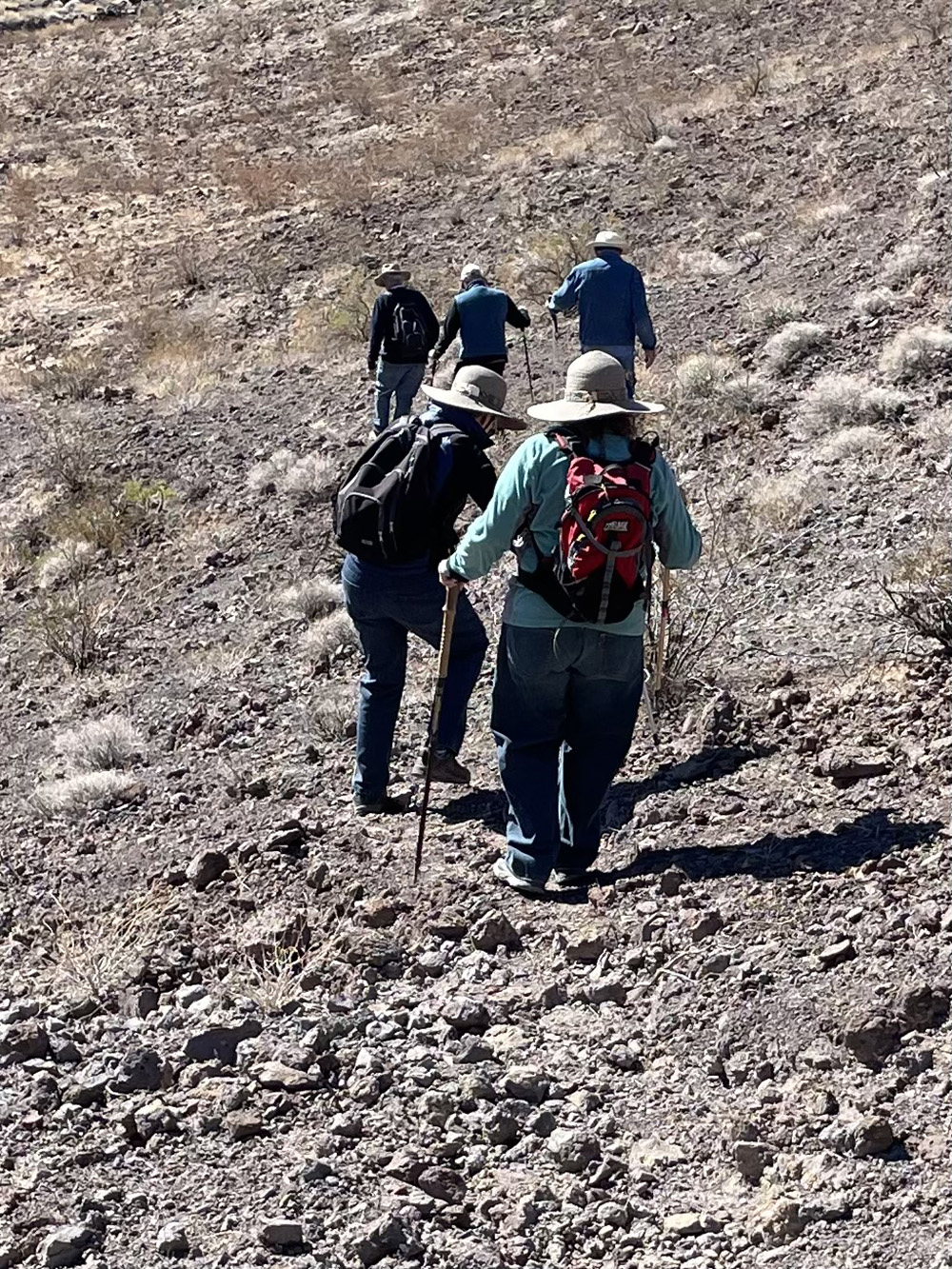 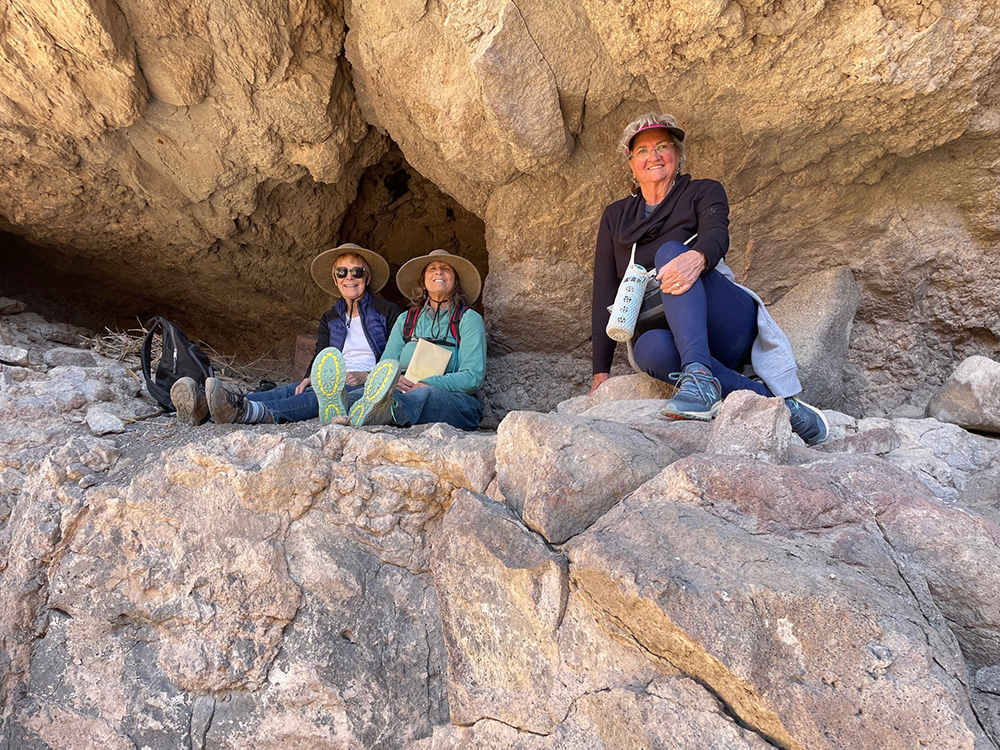 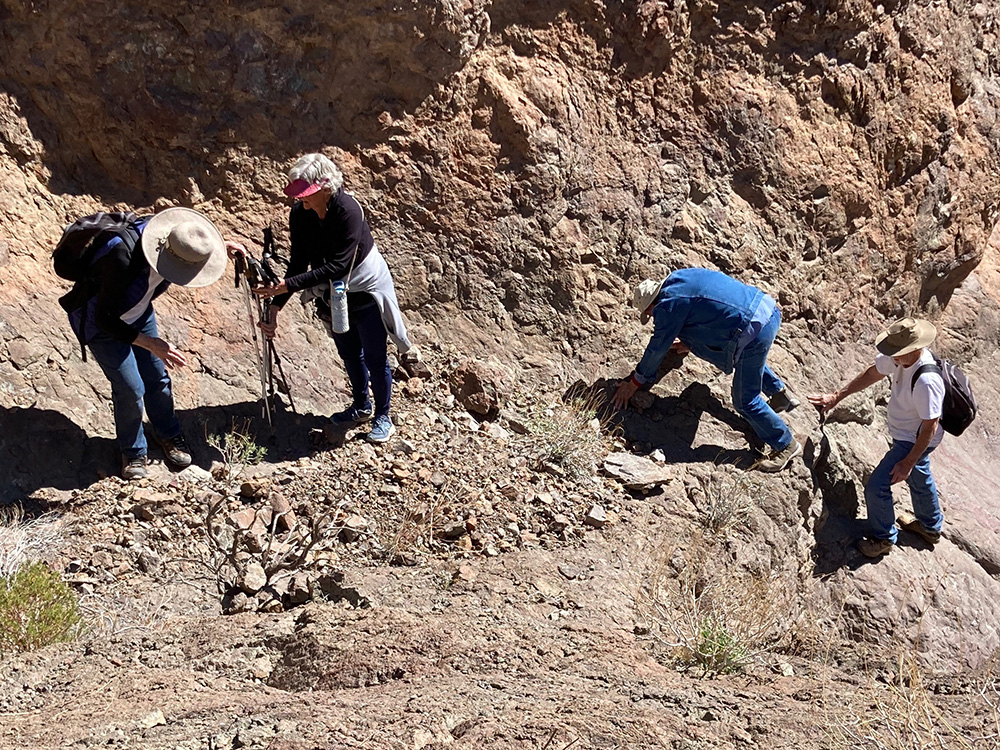 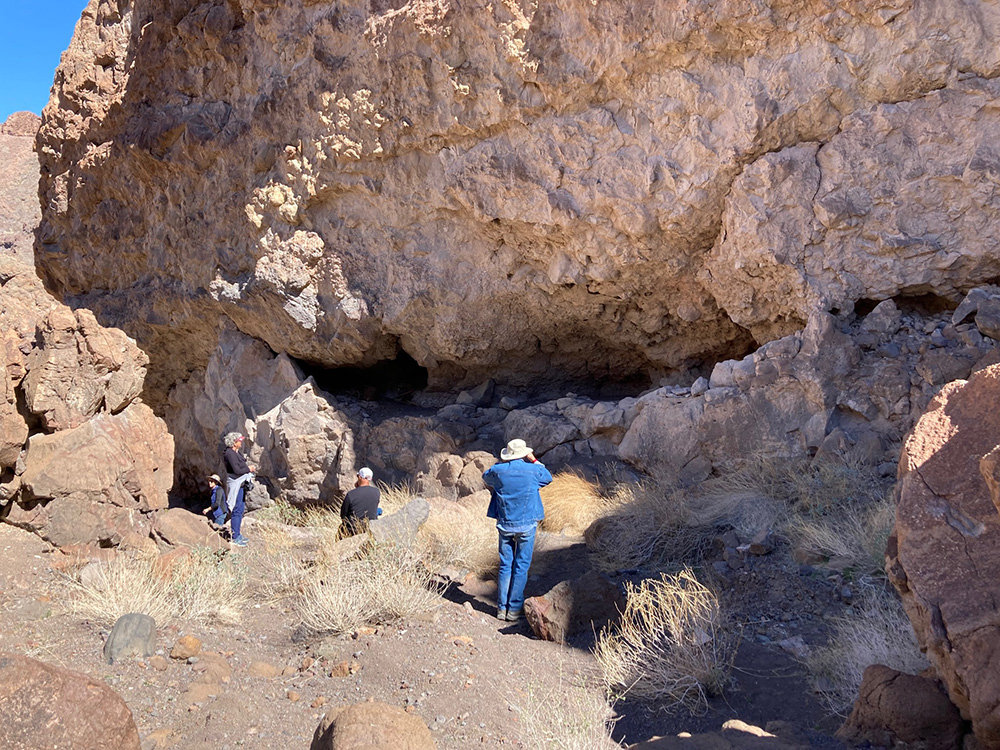 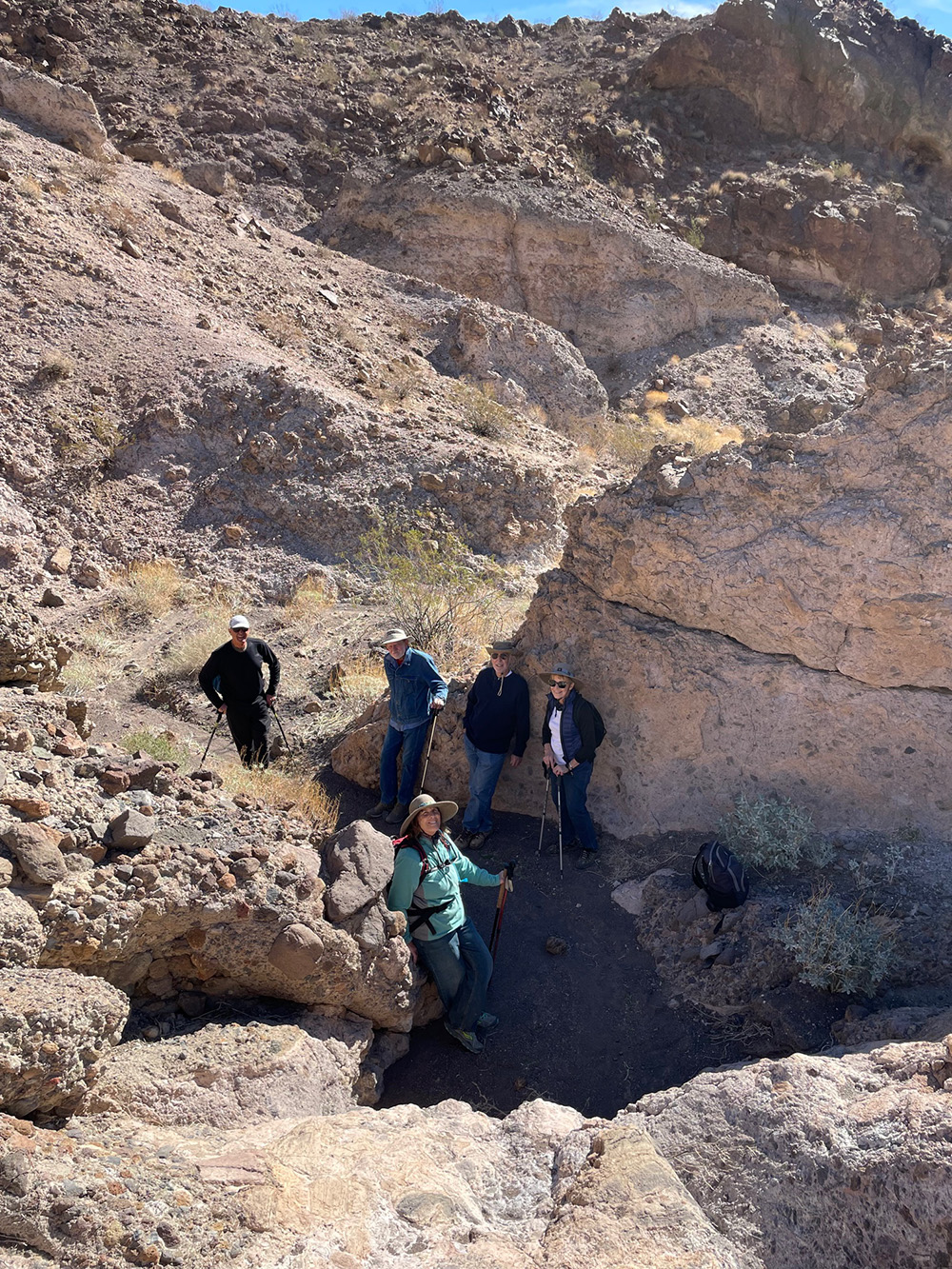