Story and photos by Lindsay Woods

Since my retirement a few years ago I have found myself getting involved in a variety of new adventures. It is such an adventure that I find myself on a Saturday in February in the middle of the Mojave Preserve in the Providence Mountains State Recreation Area (PMSRA) shoveling snow. Well you know where I was and when it was but the question that remains is why?

After 32 years in the parks and recreation profession you could say that I understand the benefit of parks and outdoor pursuits offer those who have an adventurist spirit. Last year I decided to get involved with the California State Parks to lend a hand whenever and wherever I could be of use. My first volunteer assignment was at Silverwood Lake where I have helped with their Annual Apple Festival, eagle tours, 2022 First Day Hike program and soon kayak tours of the lake. While Silverwood is a great place to help out my love of the desert was calling which lead me to get involved with the PMSRA as a volunteer. The PMSRA is home to Mitchell Caverns, which I have visited many times over the years.

Now as I volunteer at PMSRA I find myself with a behind the scenes look at all that goes into the park’s operations. The facilities here are dated and in need of a lot of care. The limited staff here do a great job keeping things operational. I find myself lending a hand when the park is short staffed on the weekends. During my time here my duties include:

The staff have been great to get to know and are very appreciative of my willingness to lend a hand. It is a pleasure working with them as they train me and share with me a detailed history and understanding of the local geology, ecology and wildlife. During my visits I’m able to stay in the dormitory building, which has beautiful views of the vistas and valleys below. While I enjoy my volunteer work it is the solitude and quiet that I experience at night and in the early mornings the most. The sunrises are quire spectacular and I am able to get caught up on my reading and the writing of my occasional articles for Jay our Newsletter Master.

For those of you who are not familiar with Mitchell Caverns here is a bit of information I borrowed from the CA State Parks website that might cause you to come out and visit.

Mitchell’s Caverns are a trio of limestone caves, located at an elevation of 4,300 ft., in the Providence Mountains State Recreation Area which is a 5,900 acre state park located in a Mojave National Preserve in Southern California. The “Tecopa” (named for a Shoshone Indian chief) and “El Pakiva” (Devil’s house) caves are connected by a man-made tunnel and are open to guided tours led by California State Park rangers. The “Winding Stair” cave is considered dangerous and is closed to the public, though it is occasionally used for training cave rescue teams. These caves are the only limestone caves in the California State Park system.

The caverns were created when ground water with a high carbonic acid content ate into the surrounding marble and sedimentary limestone. Stalactites, stalagmites, and other cave formations were formed from calcium carbonate left by dripping mineral water. For many years the caves were thought to be “dead”, that is, the formations were no longer growing. However, recent studies have found some signs of life.

Numerous paleological and archaeological finds have been made in and around the caverns. Scientists have found the remains of several prehistoric animals, including a sloth. The caverns were a sacred place for the Chemehuevi Indians, and a number of tools and fire pits have been found. The Chemihuevi knew the caves as “the eyes of the mountain” due to their easily spotted dual entrances located near the top of the mountain.

The caverns are named after Jack Mitchell, who owned and operated the caves from 1934 to 1954 as a tourist attraction and rest stop for travelers on nearby Route 66. Mitchell also held mining rights to the area and dug several prospect holes and tunnels, some of which are still visible. The area became a state recreation area in 1956. The surrounding lands became a part of the Mojave National Preserve in 1994, but the caves are still owned and operated by the state.

Cavern Tours are available weekly Friday through Sunday and the occasional holiday that falls on a Monday. Tours are offered October through May at 11 a.m. and 2 p.m. and June through September at 10 a.m. only (subject to change). Reservations are strongly suggested as tours are currently limited to 10 people. Reservations can be made by phone (760) 928-2586) on Mondays between the hours of 8 a.m. and 5 p.m. Day use fee of $10 per vehicle is charged and the per person tour fees are:

There are a number of interesting areas to visit near PMSRA and Mitchell Caverns like the Kelso Depot, Kelso Dunes, lava tube, Hole in the Wall and Mid Hills campgrounds. If you would like to learn more about Jack and Ida Mitchell, you might consider reading Keepers of the Caves by Jack Mitchell. If you are interested in possibly becoming a California State Park volunteer you can start the process by contacting, CA State Parks at (916) 653-9069 or with your name and address.

Hope to see you on the trail or maybe even underground. ~ Lindsay 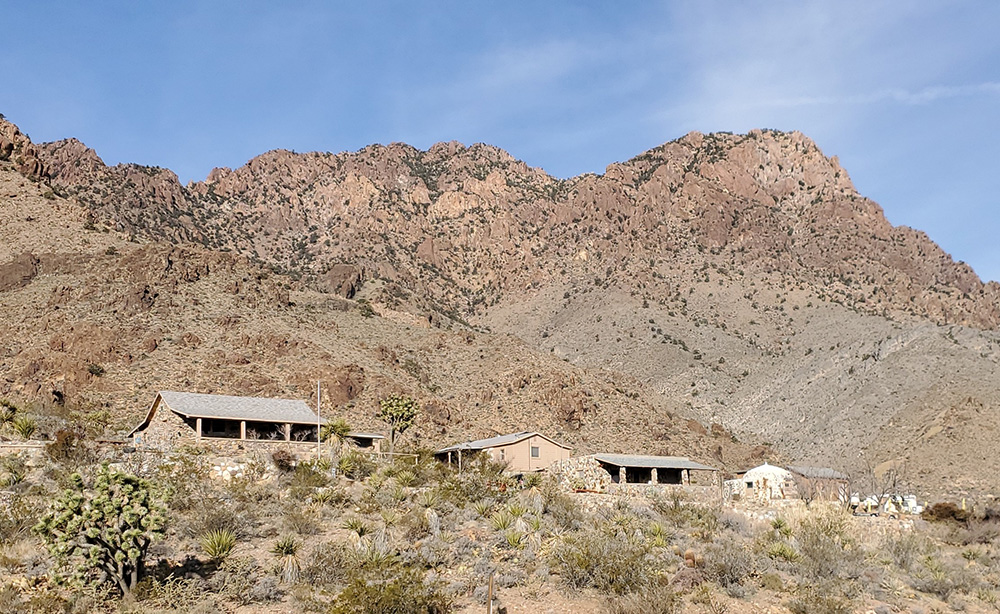 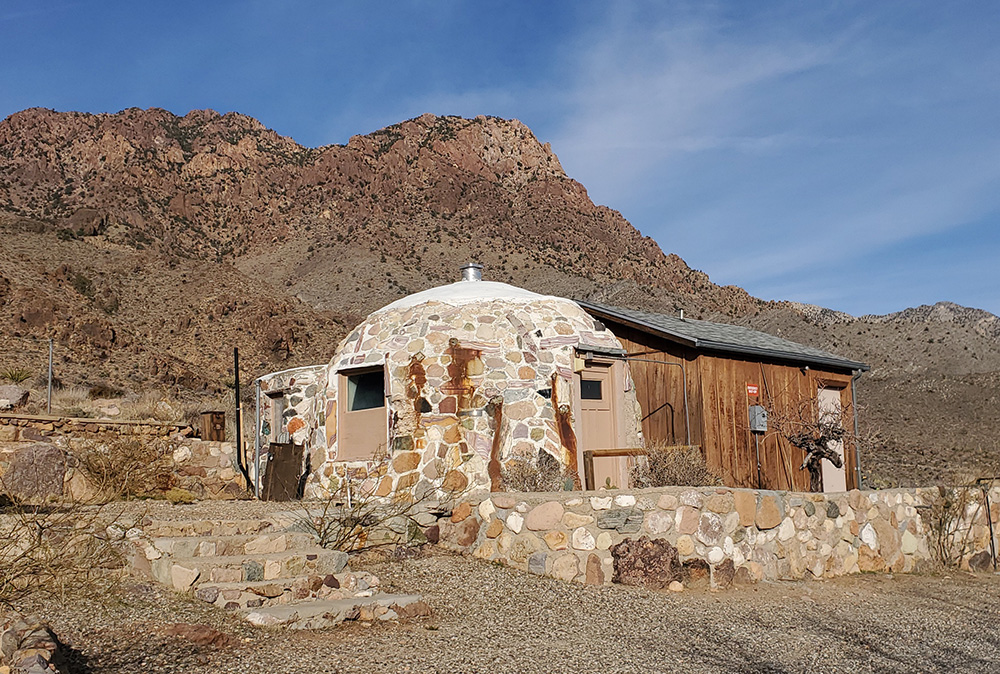 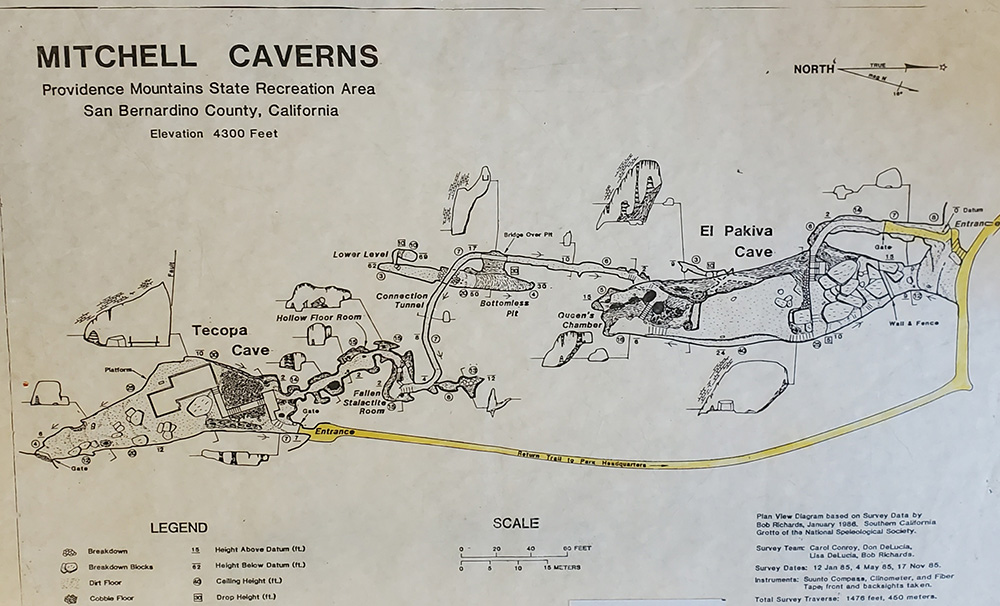 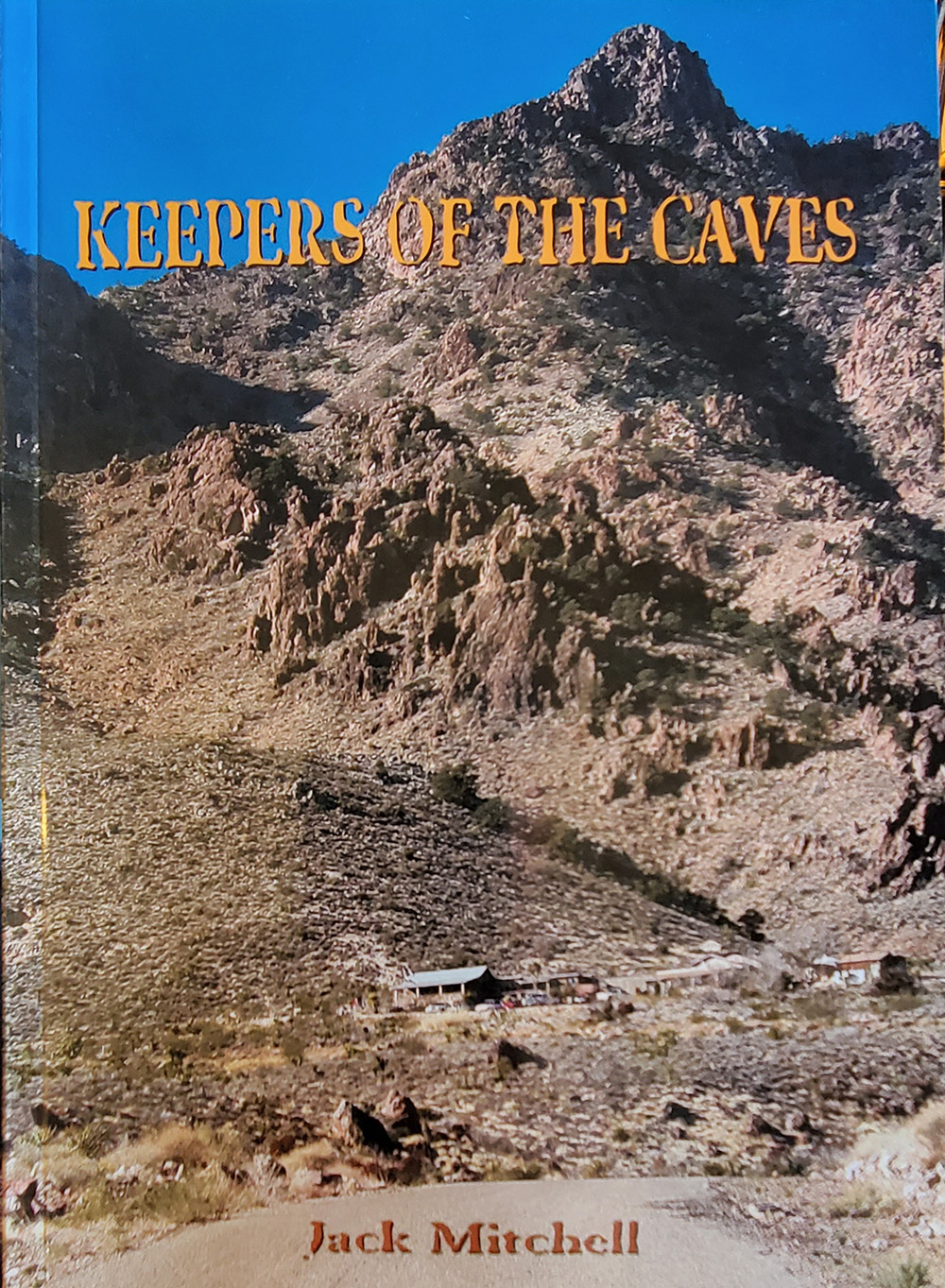 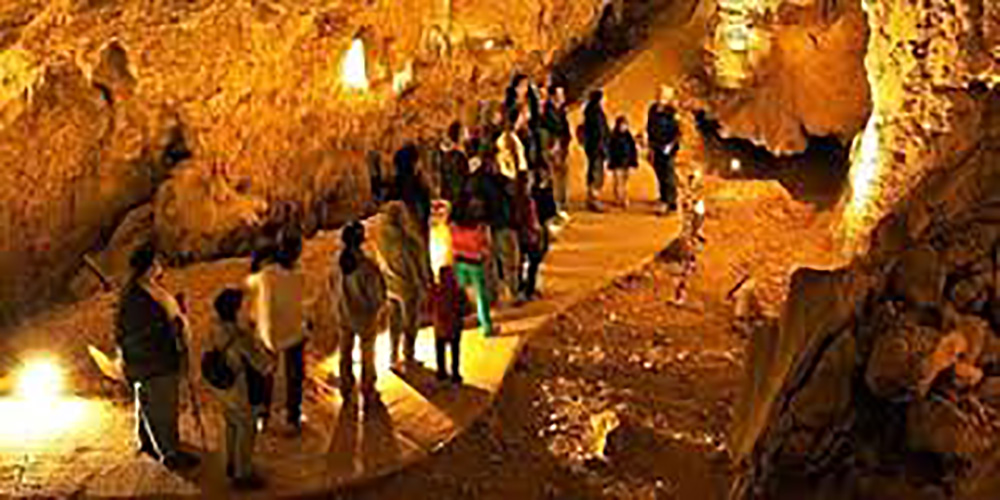