A group of us rented a house in Borrego Springs recently instead of camping out in January.  Our house was huge but made loud noises at night. Ghosts?

We visited friends Ken and Carol, who live in Julian and had a wonderful day. We hiked a couple miles in the Santa Ysabel East Preserve and saw many giant oaks and sycamore trees. Some had long branches that grew back into the ground and became another tree. This was once a large ranch that developers were interested in. Every time acreage was put on the market a perservation group was able to raise money by grants, donations and other means to purchase the land and prevent the development.

We had lunch al fresco and then got a tour of their big barn and attached tiny house. We got to hear the story of the injured spotted owl "Mrs. Wigam" that Ken raised and later released. The owl's photo ended up in several editions of the Audubon guide. Ken and Carol have many owl boxes on their property and one is equipped with cameras that have enabled them to watch many clutches of owl eggs hatch and the feeding duties by both parents. We were able to see the male owl in his box alone. The female had taken off for days but I was notified the female just came back.

Our trip to Julian ended with a trip to Mom's Pie Shop and the purchase of apple dumplings.

The next day we hiked to Big Springs through a very green valley and then up and over some boulder strewn hills. We found no water but heard bird song and watched marmots with binoculars.

A trip to Borrego isn't complete without a drive-by or a get out of your car tour of at least some of the many fabulous metal scuptures that dot the meadow. ~ Mignon 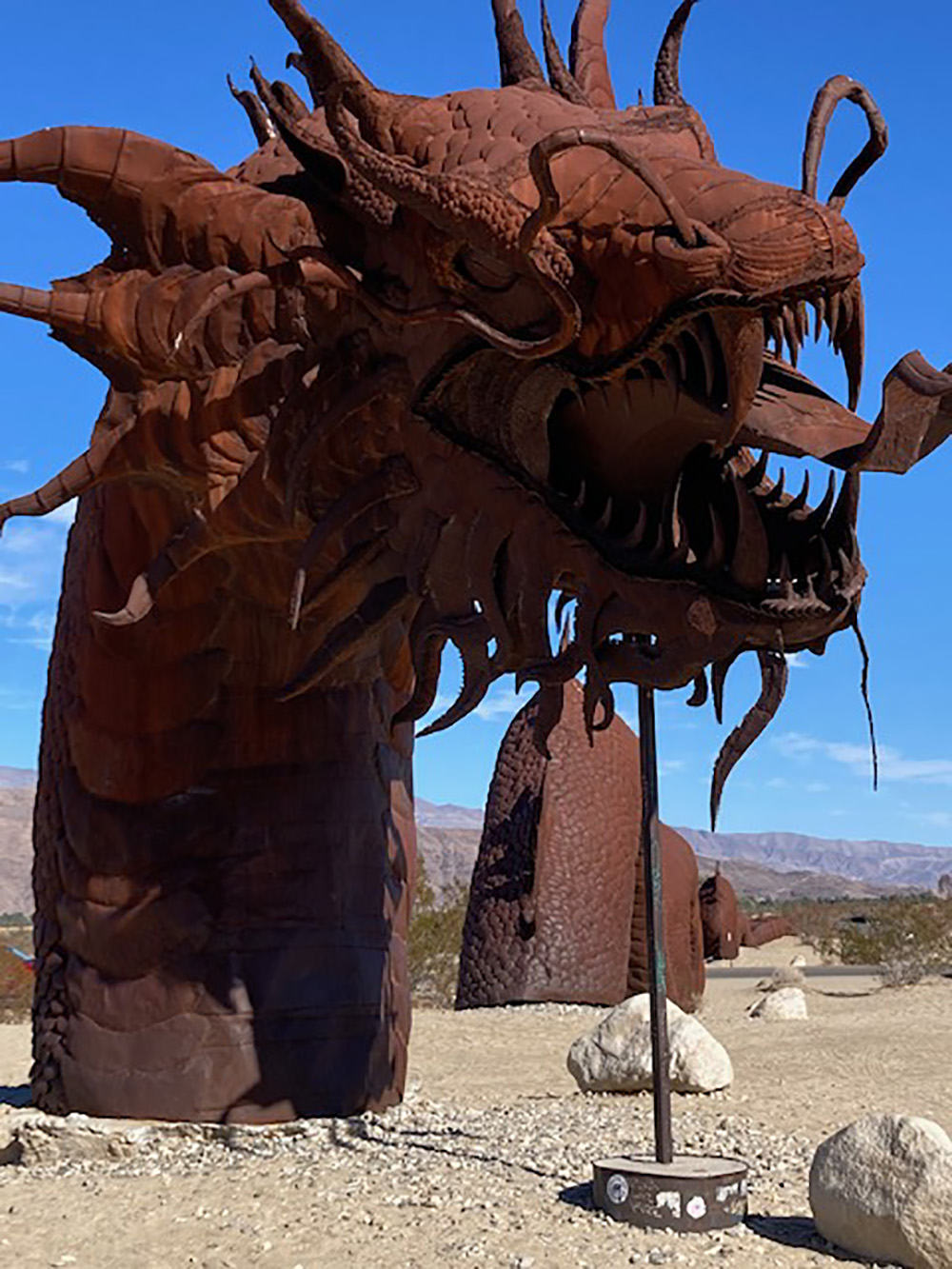 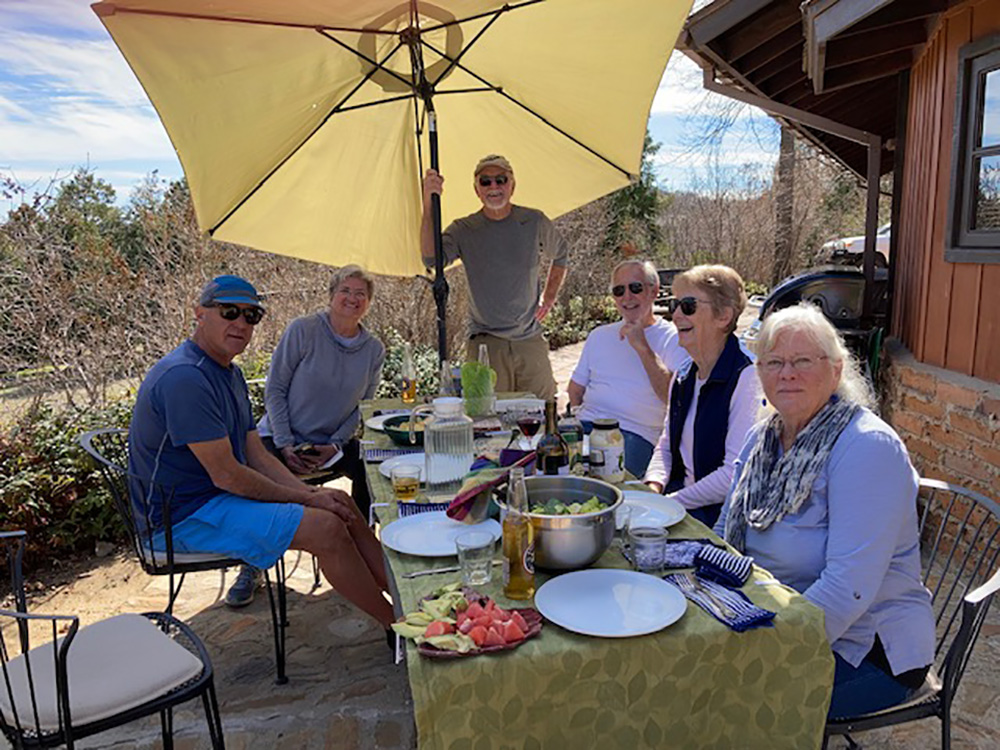 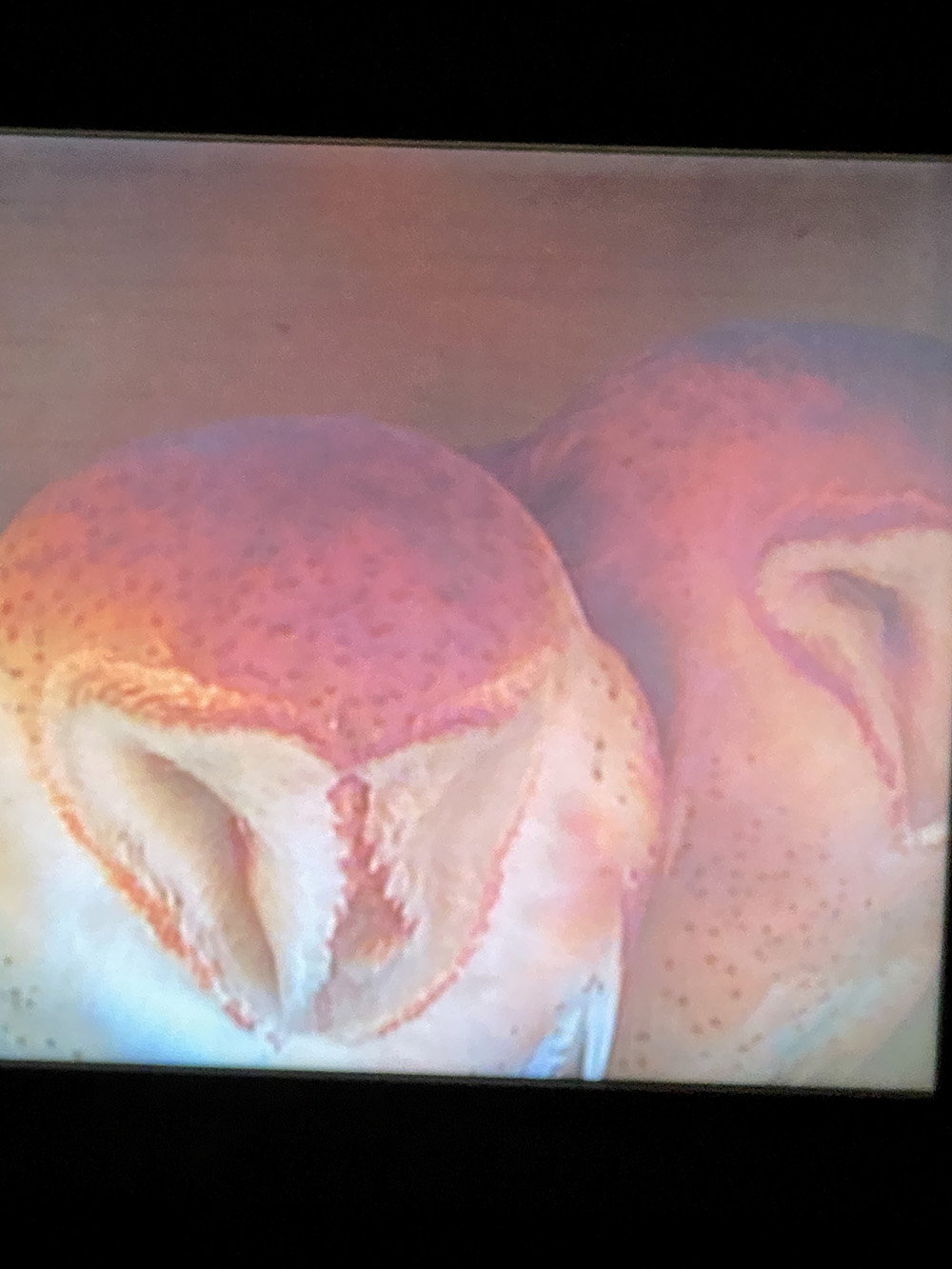 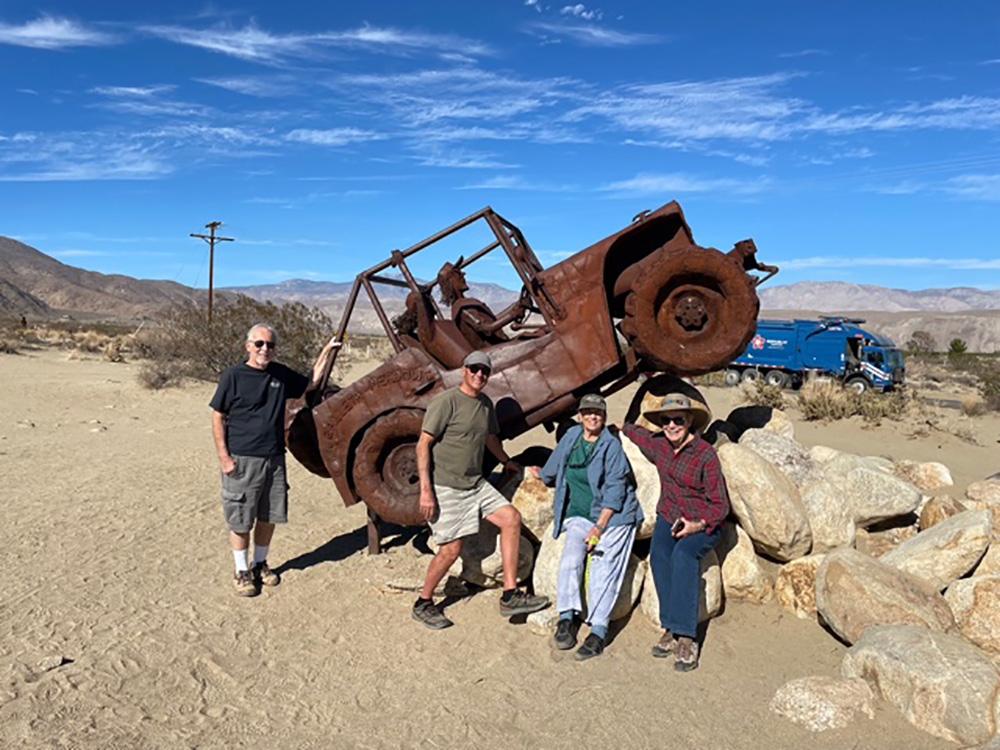 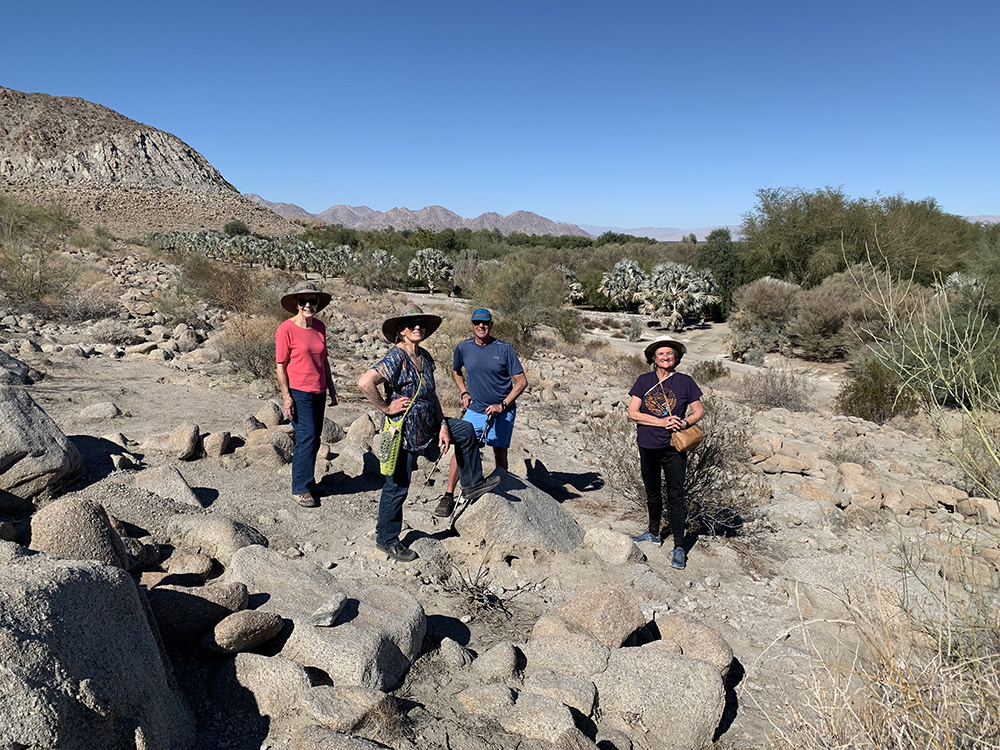 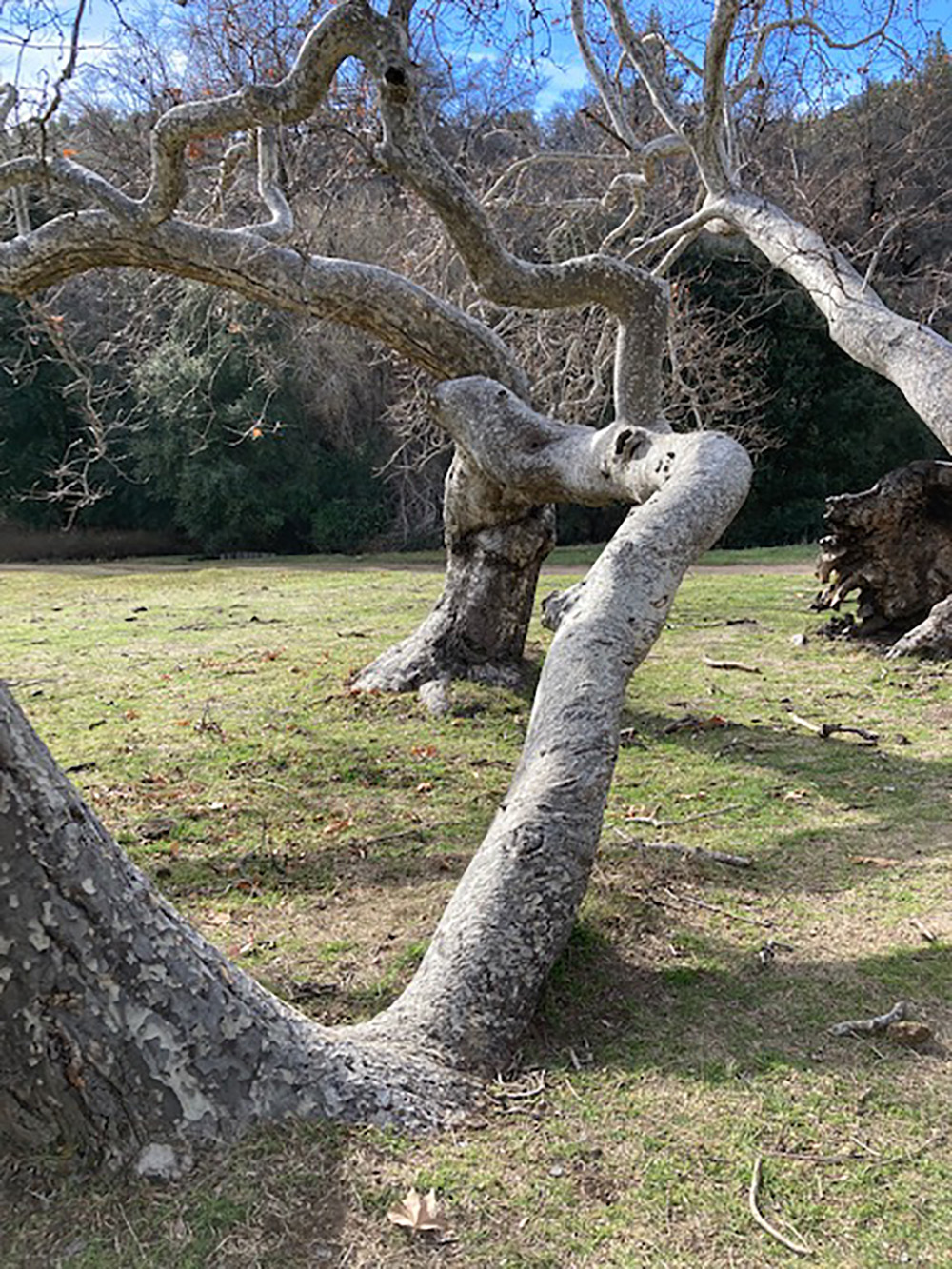 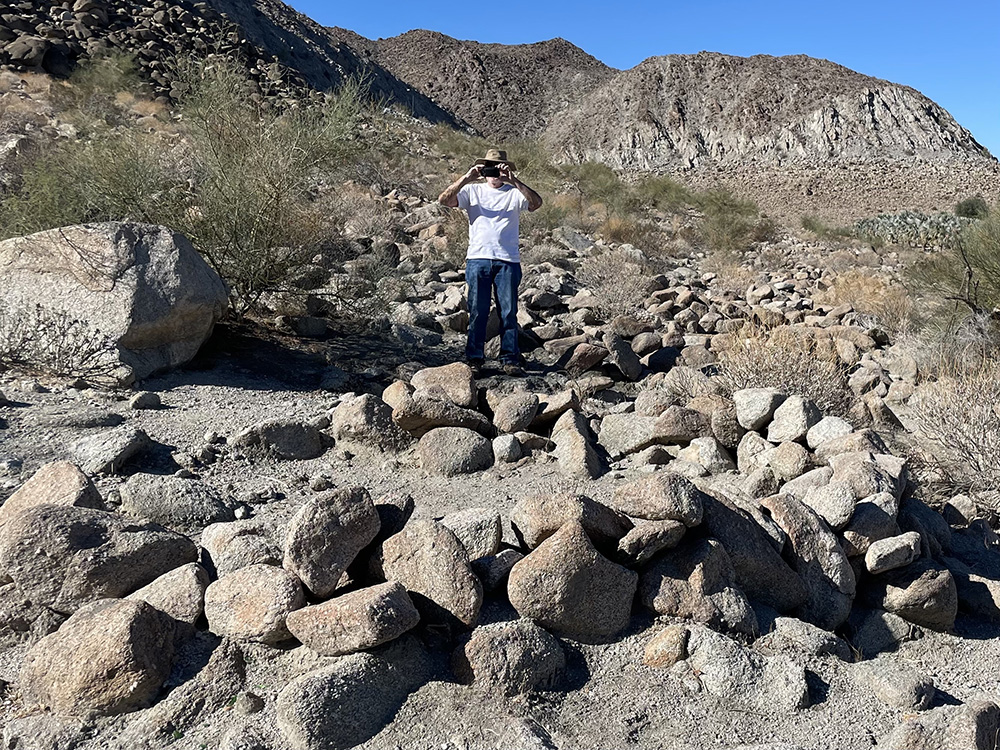 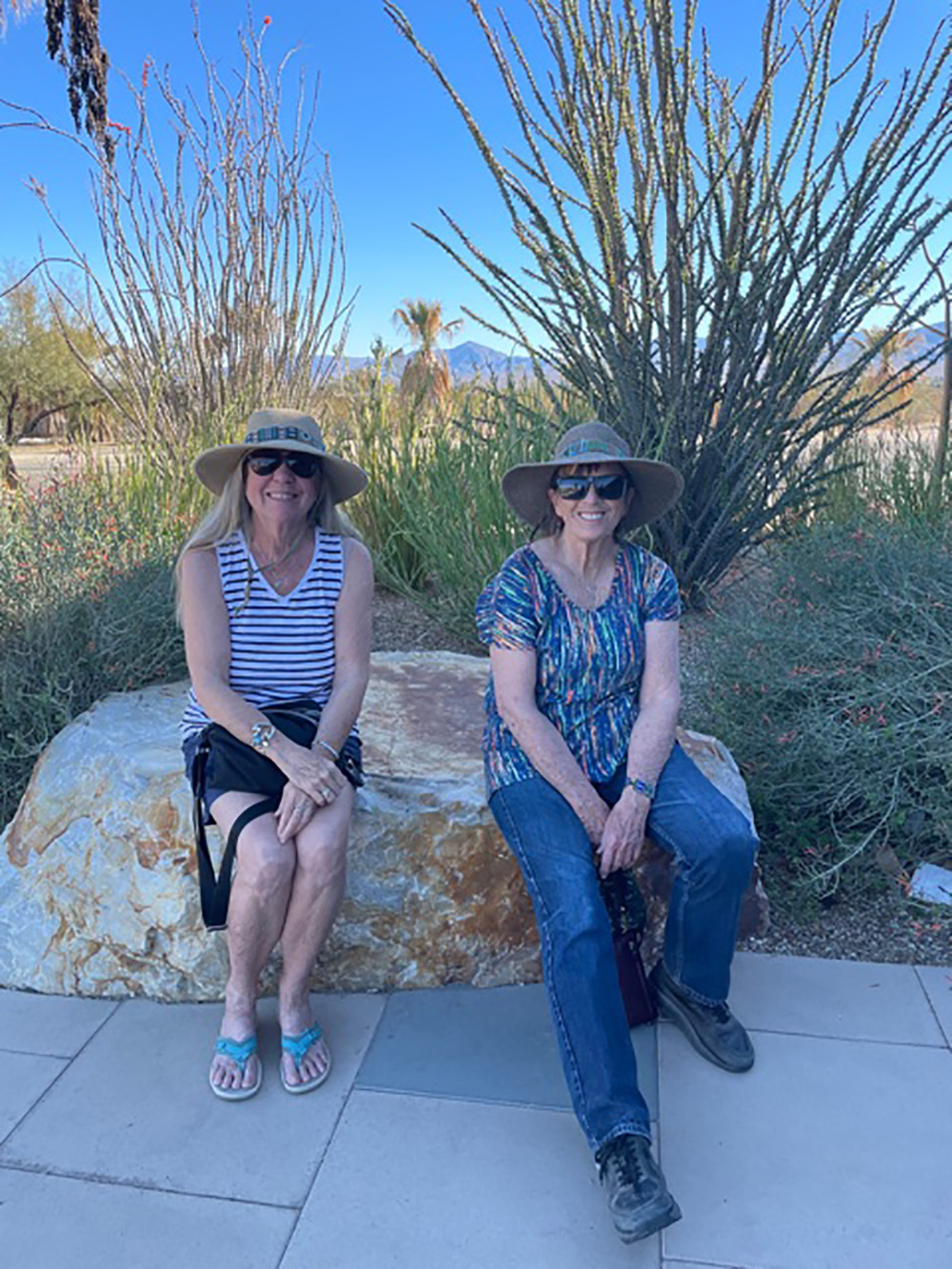 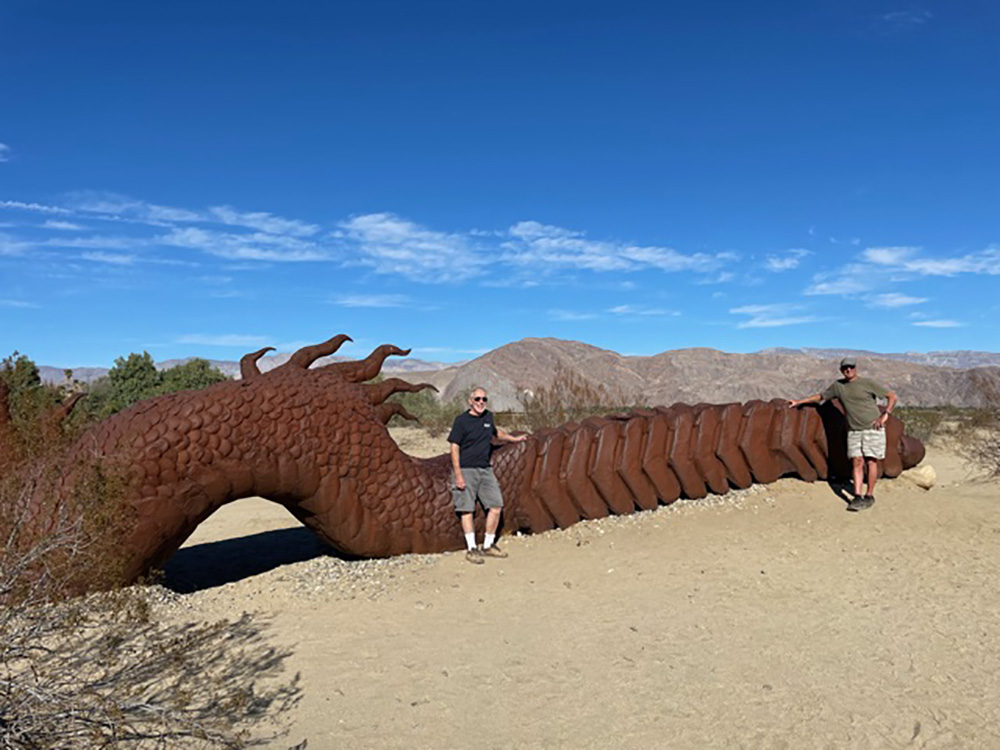 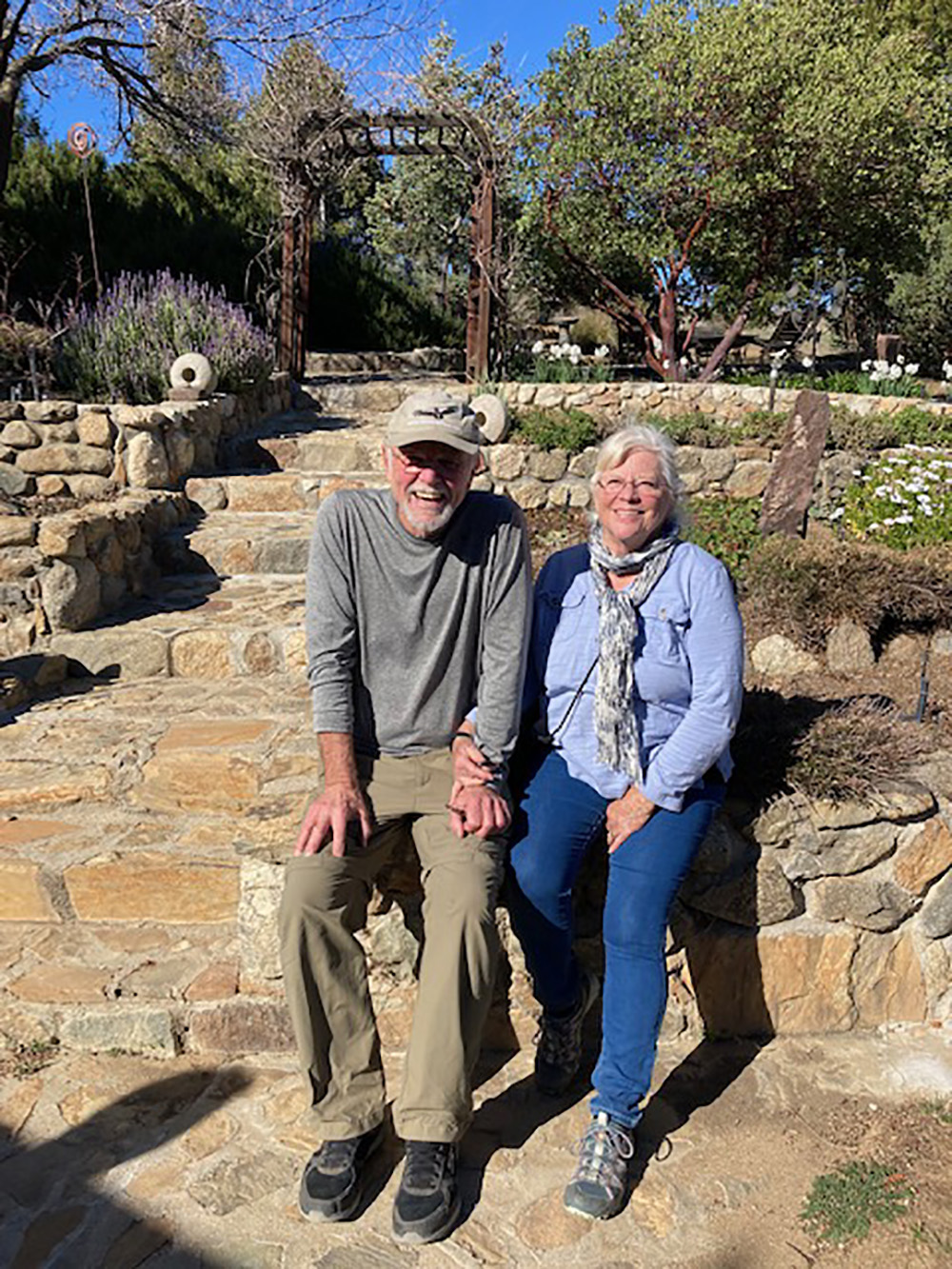 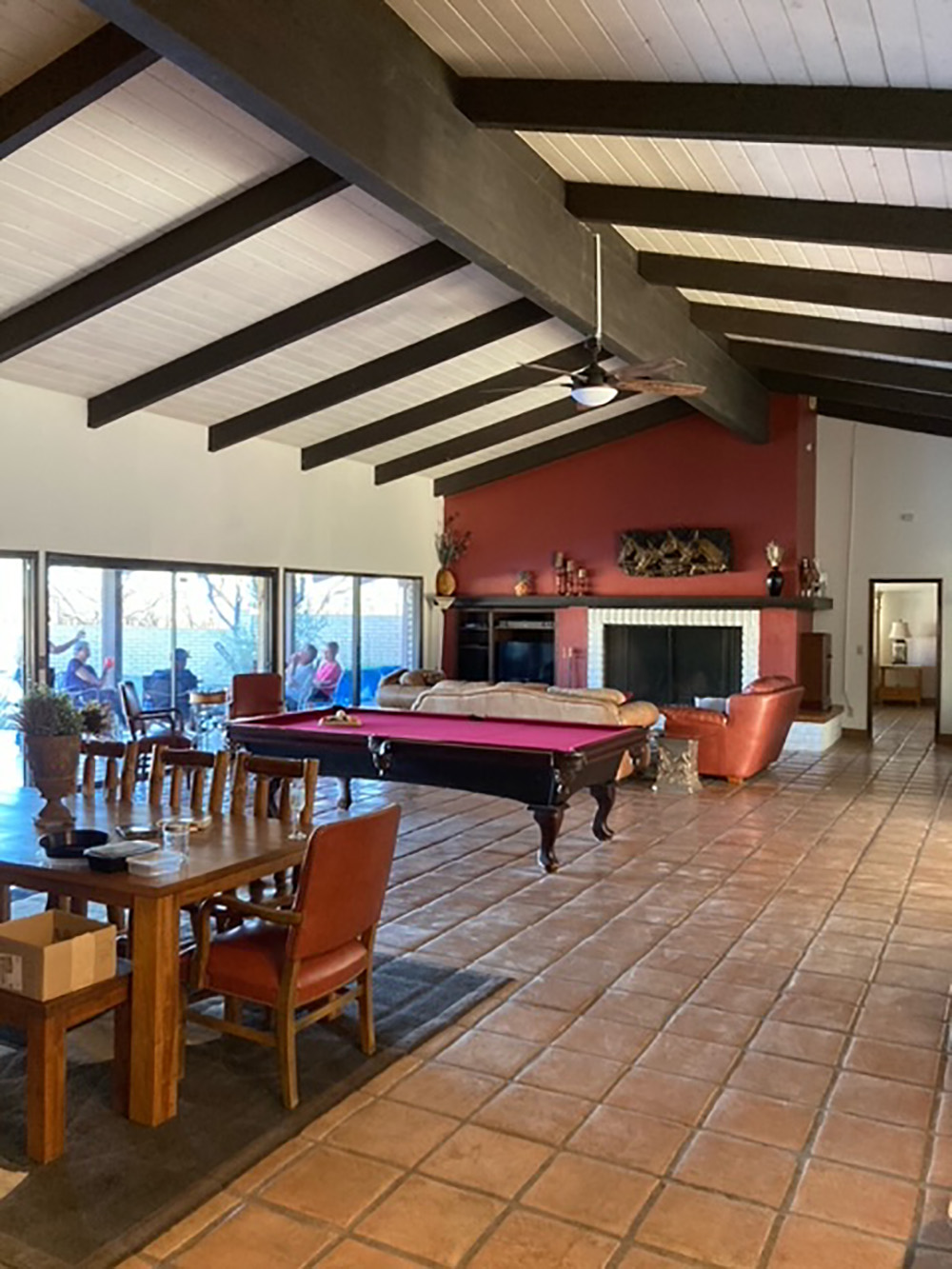 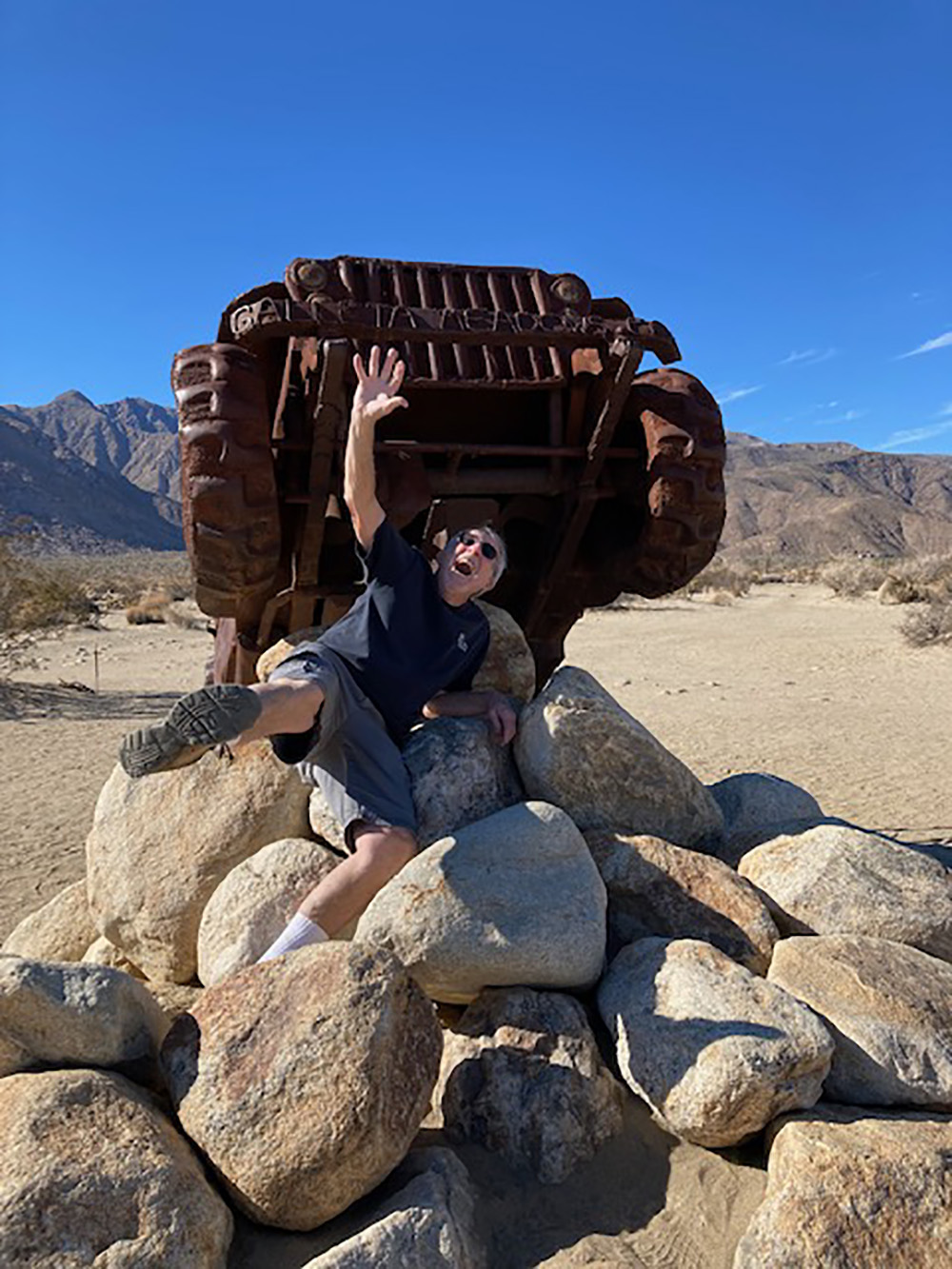 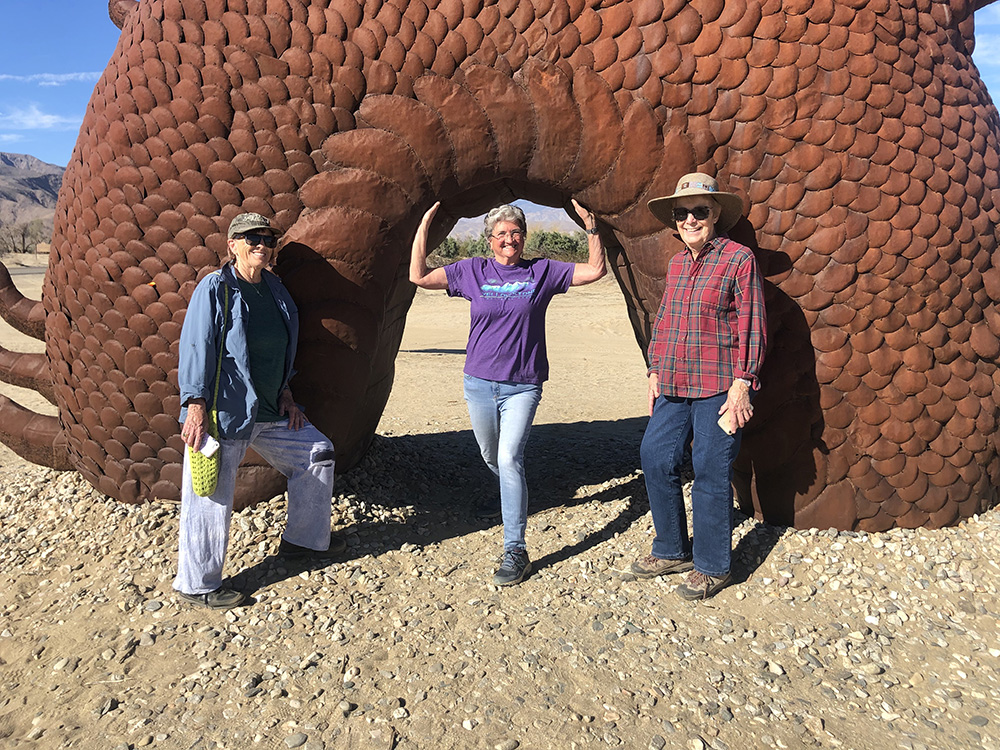 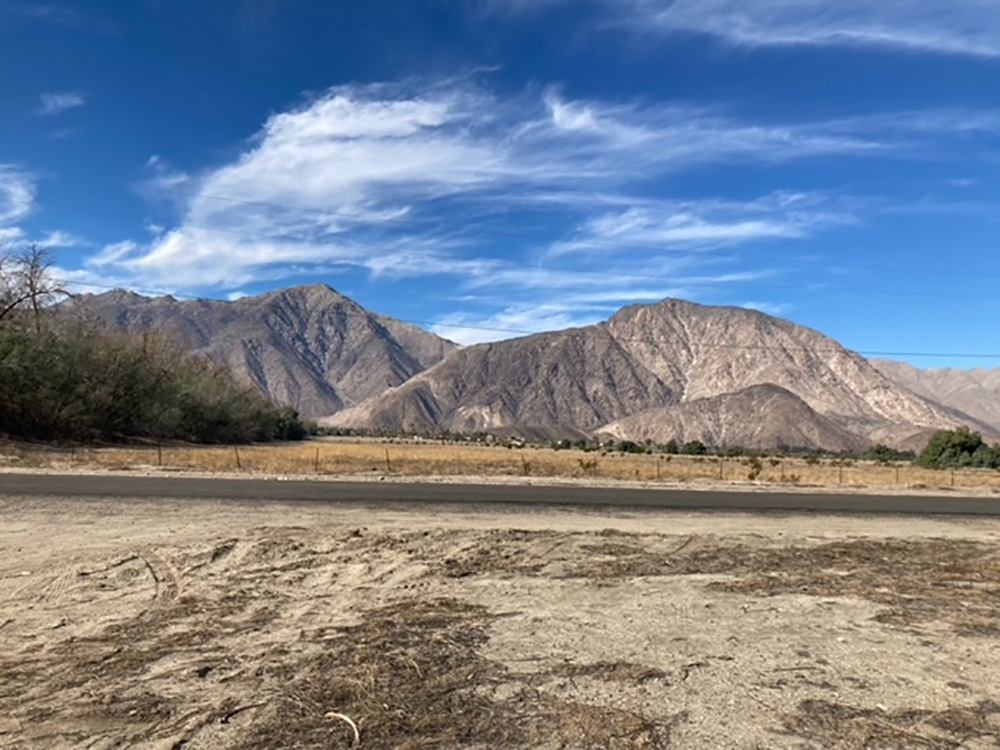 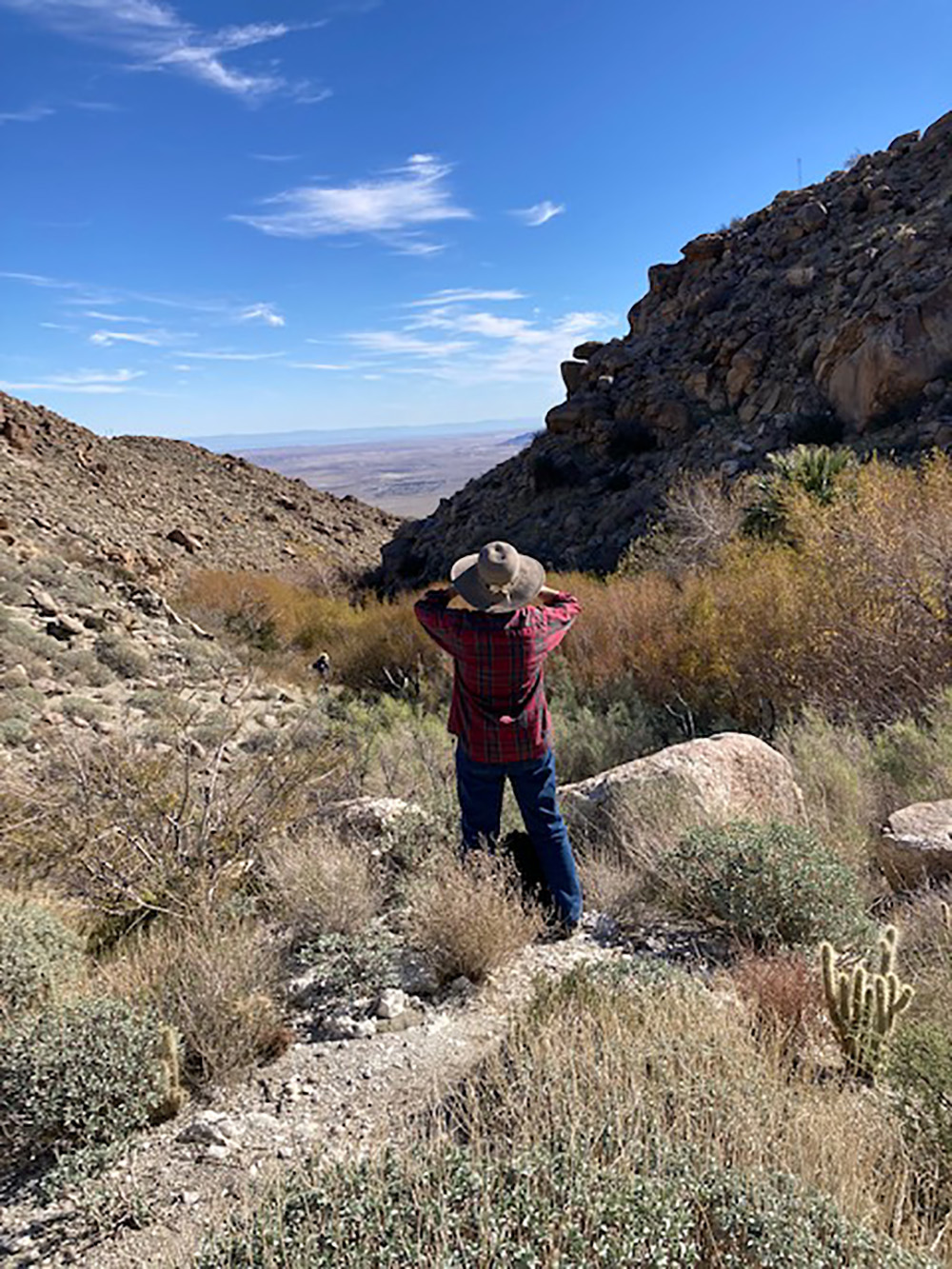