To start the New Year off right, six Covid-free DEers headed into the Rawhide Mountains of Arizona for a one day 4x4 trip. Ron and Mignon accompanied Glenn in his new Jeep. Vicki rode with Sue and I in our Tacoma. The Rawhide Mountains experienced a lot of mining activity in the late 19th and early 20th centuries and we felt a need to check it out. We were trying to locate the Sally Anne Mine when we descended a really nasty 4x4 road into Mississippi Wash and discovered an intact cabin complete with a nice fireplace, period furniture and fanciful blue wallpaper. Someone had obviously loved this cabin. Fortunately we found a brief history of the cabin tacked on an inside wall. That information, plus what we were able to research, introduced us to a most interesting desert character, a woman known as Venus McGuffie.

Venus was born as Venice Leibee in Nebraska in 1890. She, with her brother and three sisters, was raised in Canada Polk County, Nebraska. When she was 20, Venice married Andrew Jackson Blazer and a year later they had a daughter named Thelma Birdyne Blazer. Then, in 1924 Venice left Andrew and eventually headed for Route 66 and Arizona. By 1939 Venice had purchased the Sally Anne Mine as sole owner and signed an Arizona Mine Owner’s Report as Venice Wilkes. It doesn’t appear that Thelma went with Venice to Arizona though she did survive until 1998.

Venice built the wonderful cabin we found near the Sally Anne Mine in 1945. She described the cabin in a handwritten statement included in a 1946 Arizona Mine Report: “Have a new - 3 room house on this property - Built partly of rock & partly of lumber. Has a 12x24 living room, 11x12 kitchen, 11x12 bedroom with clothes closet. Large fireplace in living room - Plenty of windows for good light. Have a small shed for tools etc, Open air blacksmith shop. This house alone cost me over $1,000.00.”

The cabin we found was largely as Venice left it. It is truly a treasure.

Mr. Wilkes was “out the door” before 1945 but Venice kept the mine and cabin. Then, during or just after the war, Venice acquired a new husband, a new name and a hotel plus cafe. Two Mohave County Mining Reports, from the years 1957 and 1960, state that Venice McGuffie was the “proprietor of the hotel and restaurant at Congress Junction.” Interestingly, the history from the cabin wall claimed that Venice was “notably a great cook.” In fact, the only picture of Venice I have is of her working at a cafe counter. The Congress Cafe still exists and these days is known as Nichol’s West.

I suspect Mr. McGuffie was only a short romance for Venice, as by 1960 a James F. Tearney and his two boys were living in Venice’s “camp.” James was the director of the St. Jude Mining Co. which by 1957 had been contracted to work the Sally Anne. The history posted in the cabin claimed that Venice had been married four times. We know of Blazer, Wilkes and McGuffie. Could Mr. Tearney possibly be “husband” number four? Venice was 70 years old but she evidently was still quite a woman, so who knows?

It seems that during the 1970s Venice lived alone at the cabin. I found a report stating that a BLM Ranger would make weekly trips to check-in on Venice. It seems that one time, as he approached her cabin, he saw her working on the roof with no clothes on. Picture, if you can, an 80 year old woman working on a roof naked. Perhaps that is when Venice became known locally as “Venus”?

By 1979 a leaching plant was installed at the Sally Anne Mine and another interesting woman had entered the Venice story. According to Melvin H. Jones, Mining Geologist, “A lady by the name of Shirley Rose, who resides in a mobile trailer home in Wickieup (in back of the Mobil Service Station) owns and operates the leaching plant” at the McGuffie Mine (the Sally Anne Mine). I located a copy of a letter written by Shirley Rose in 1979 to the Director of Mineral Resources regarding a potential investor in the mine. In the letter she wrote, “We want the investor to know where every dollar of his money is going. We intend on making it with the mining operation not with our backer’s money.” Shirley Rose was also involved in a Tombstone, Arizona gold leaching operation. Venice and Shirley must have made quite a pair of miners.

Unfortunately the story comes to an end with Venice’s death in 1983. 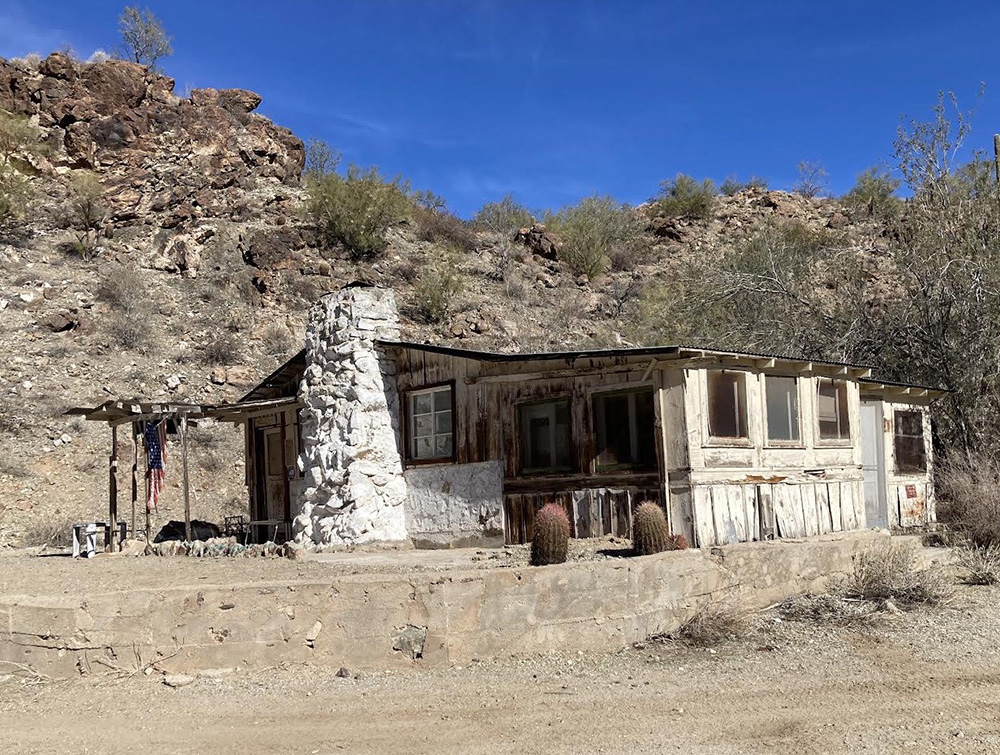 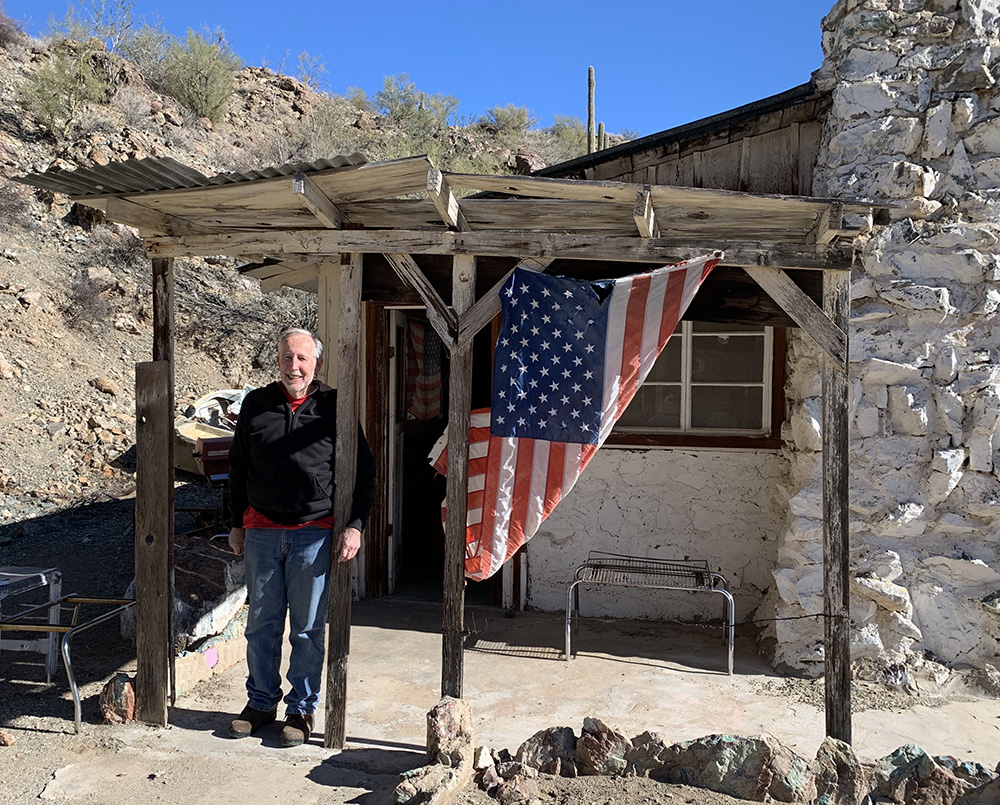 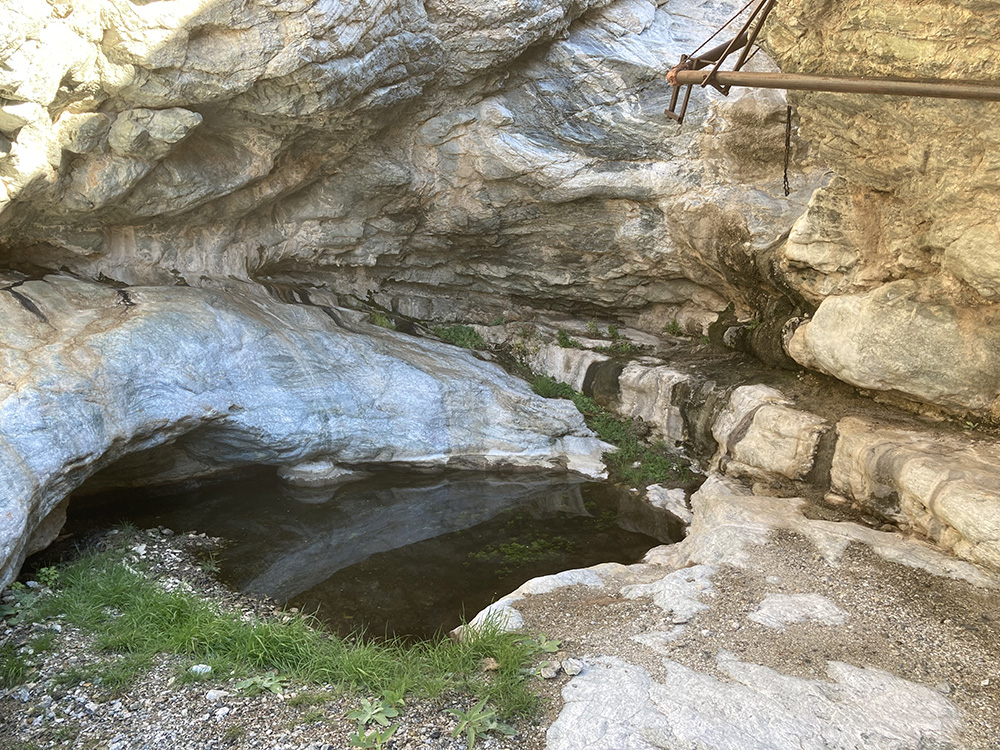 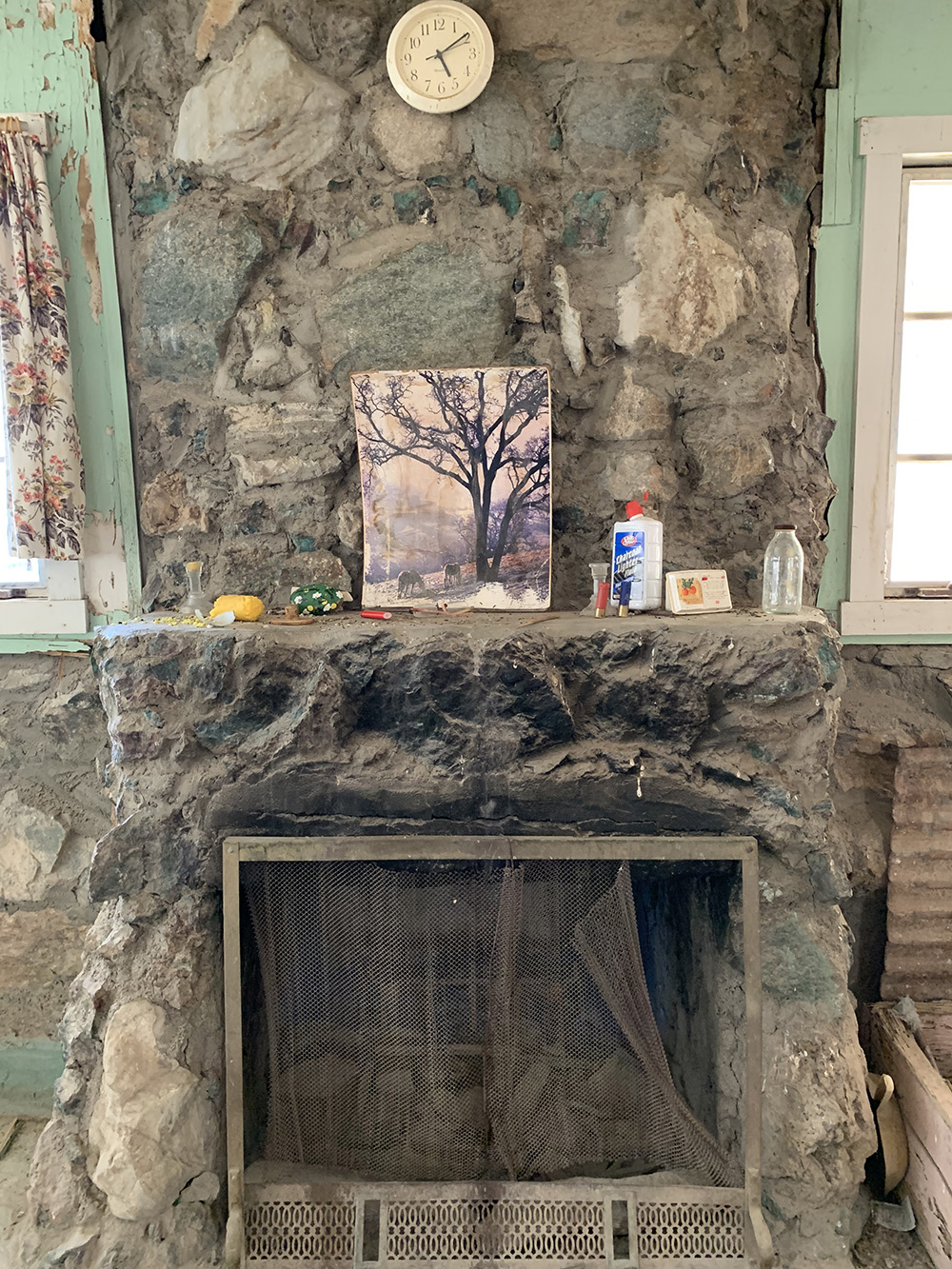 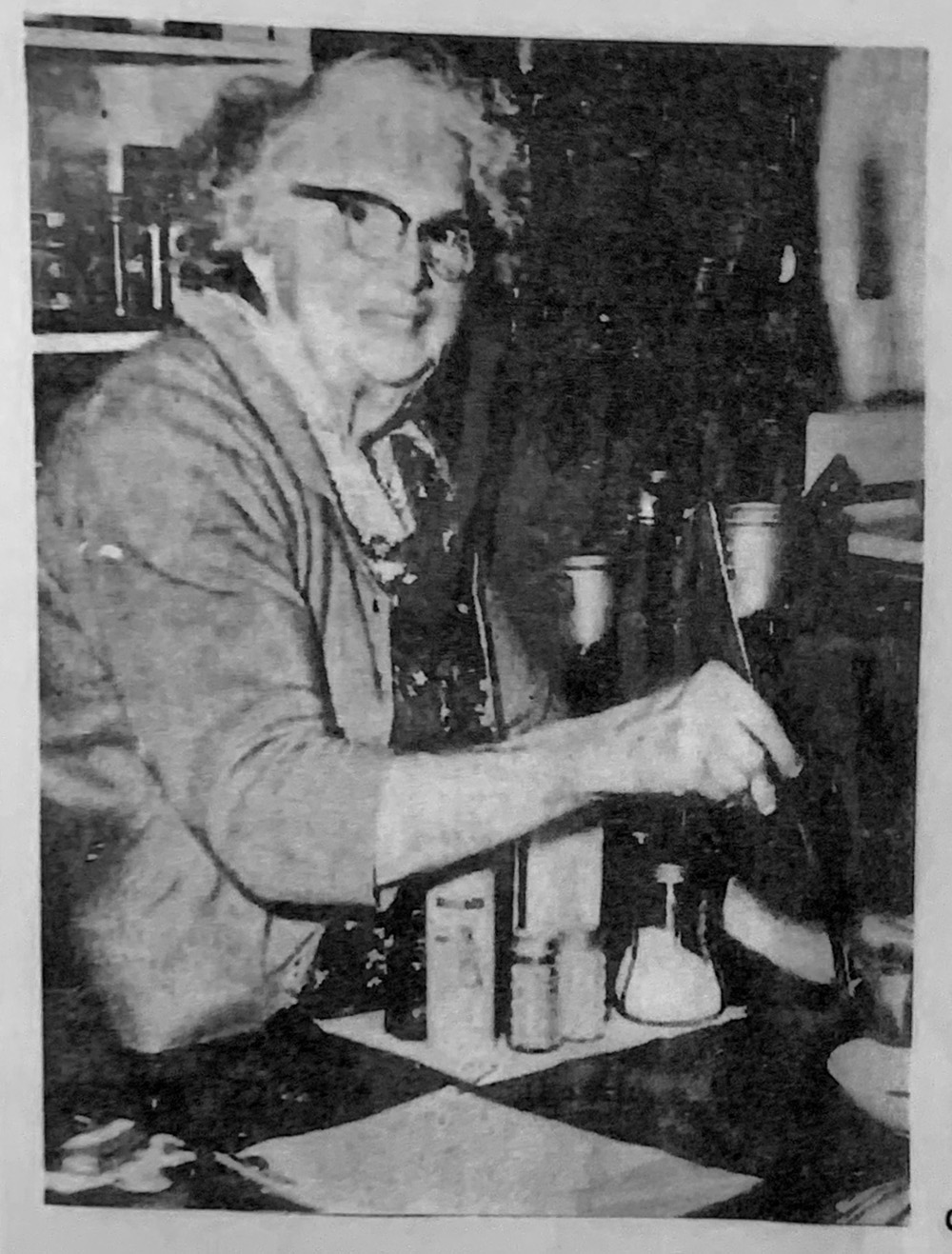 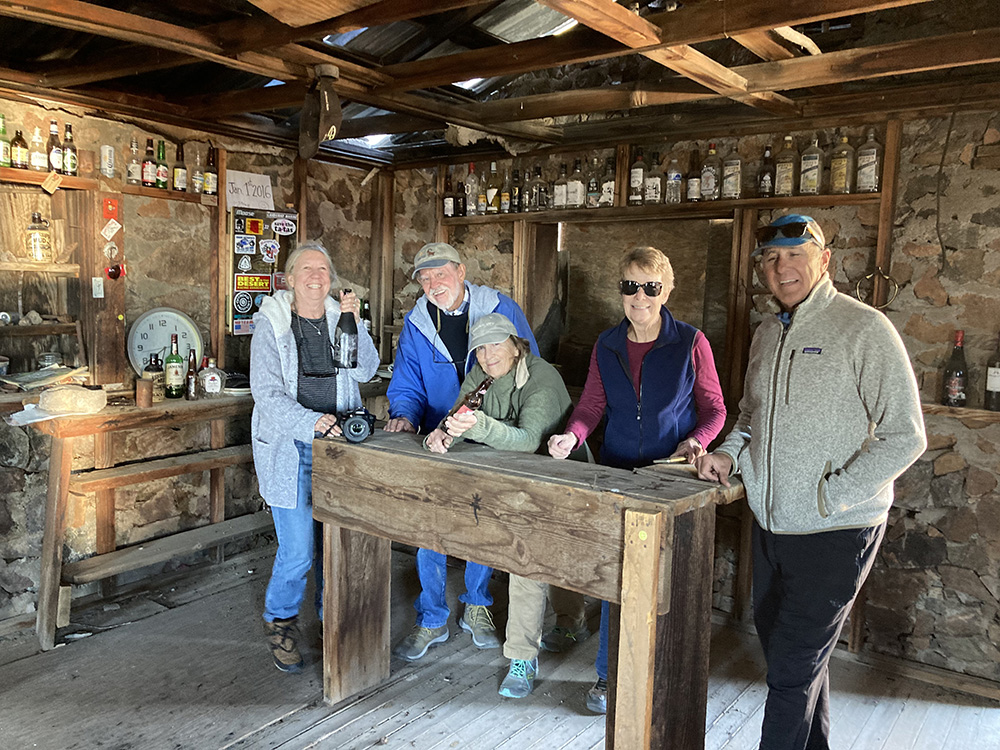