The chanting and wailing coming through our open windows from the Mohave Reservation, just across the Colorado River from us, woke me out of a sound sleep this morning, It was just a few minutes before 4 a.m. on a cool, beautiful May desert morning, about an hour before grey-up. The full moon was still hanging in theWest, just above the Sacramento Mountains. Looking across the river I could see the source of the mourning sounds, a huge cremation bonﬁre with heavy black smoke circling into the heavens. I have witnessed this before, at least a dozen or so times, but it always sends chills down my spine. With binoculars, ﬁgures swaying and dancing in the ﬁrelight became visible and I could not help feeling a bit like an intruder.

It is the historic Mohave tradition to cremate their deceased. In “The Mojaves” by Gerald A. Smith published in 1977 by the San Bernardino County Museum (it’s amazing what we ﬁnd in our desert book collection), Smith writes about Mohave cremations. According to Smith, each Mohave village along the Colorado River had a semi-remote cremation place near the river. When a Mohave died, friends and relatives would dig a hole there and place logs and brush in it for the funeral pyre.The corpse would be painted black, wrapped in skins or blankets and carried by four men to the cremation site. There the body would be placed on the pyre with the head towards the river. Next would begin the chanting, which expressed grief and extolled the virtues of the deceased. This would be followed by a period of silence during which men with feathered sticks would chase away evil spirits. With the evil spirits dispatched, four men would circle the corpse to assume the four sacred corner positions and raise their arms to the heavens. Lastly, in the early morning hours before dawn, the pyre would be lit. Cherished belongings of the deceased would be burnt with the corpse. When only ashes remained, fresh earth would be used to cover the site and the departed would never be referred to by name again.

Researching on line I found an 1899 Los Angeles Herald article titled “A Mohave Funeral.” It is a ﬁrst hand account by C. E. Jared of a Mohave cremation that reinforces Smith’s writing. Interesting stuff, as it evidently is still the practice today and, in my view, not a bad way to go.  ~ Bob 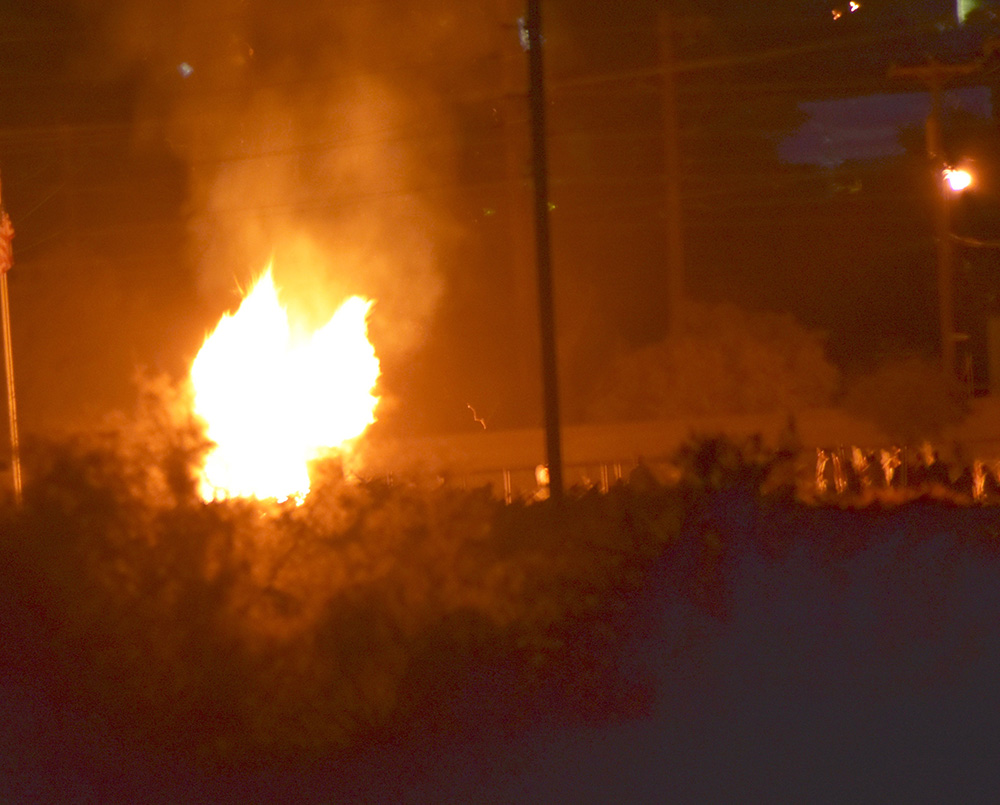 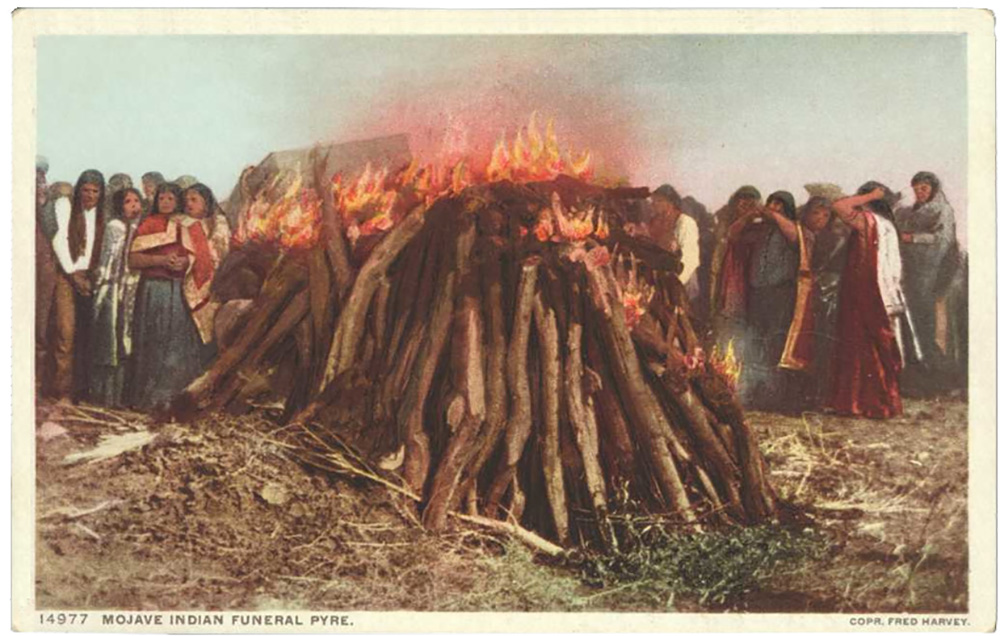